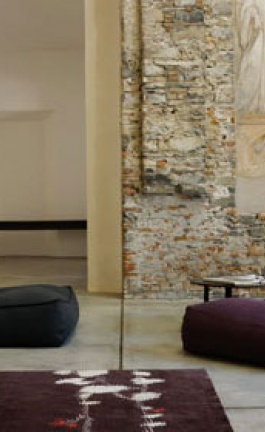 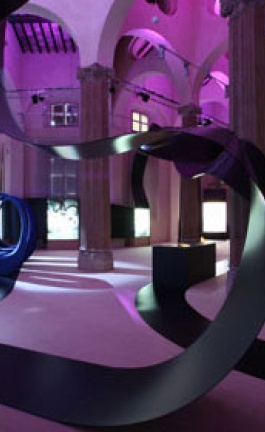 Teach me the freedom of swallows by Fabio Novembre

Demisch Danant is pleased to announce an exhibition of artist Felice Varini, on view April 11 – May 17, 2008. Felice Varini rejects the traditional canvas for his paintings, working instead with the factual reality of existing architectural space, both interior and exterior. His site-specific paintings intervene on the spaces in the exact condition they were found, highlighting the architecture as opposed to concealing it.

The paintings consist of fragments, which when viewed from one specific vantage point, as chosen by the artist, form a two-dimensional geometric figure. Since the image is projected over different surfaces instead of one single plane, it is immediately segmented by the space’s reality and appears fragmented when viewed from all other angles. The pictorial fragments themselves, however, appear capable of standing by themselves and form other individual vantage points depending on the viewer. The fragments also allow us to see characteristics of the architecture that they paradoxically conceal. This illusion, the contradiction between the material reality and the perceived reality, is the subject of Varini’s work.