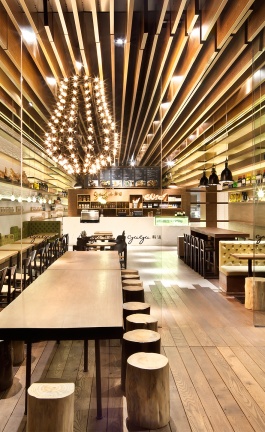 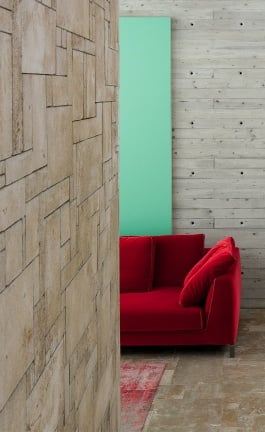 Heavyweight artist and visionary Marina AbramoviÄ‡ has been making waves with her ground-breaking performances since the 1970s.  She is now bequeathing her legacy to the world through creating a unique venue for the archiving, creation, study and realisation of long-durational performances.

Marina AbramoviÄ‡ is proposing something that’s essentially more than a performance-art venue with a funky foyer bar. Her vision for MAI (Marina AbramoviÄ‡ Institute) is to provide a much-needed space for personal reflection, meditation and sensory exploration. In shutting off the outside world, the artist is seeking to allow visitors to forget everyday life and experience ''another type of reality,'' even going so far as to ask visitors to sign a contract which binds them into spending six hours in the venue; a rather demanding request, given the frantic rhythms of our urban lifestyle, where even switching your phone or laptop off for six hours is completely out of the question. A visit to the MAI will include physical exercises, meditation, reflection, reading and experiencing performances in a variety of ways, from conventional passive spectating to interactively engaging with performers and installations in the space. Unlike conventional theatres and art venues, visitors will be allowed to sleep, during or, walk out of a performance – because for AbramoviÄ‡, that’s part of the work as well.

MAI will additionally function as a ''performance museum,'' showcasing old and new creations in the field of long-durational performance art as well as housing AbramoviÄ‡’s huge archive of documents and media material collected over her career spanning 40 years. We got a first taste of what a museum like this might look like through the 2010 exhibition at MoMA dedicated to AbramoviÄ‡’s work which featured documents from her archive, performances of her previous work and a brand-new creation especially for the event. Despite the criticism it received and its apparent contradictions, the exhibition turned out to be a huge success, establishing Marina AbramoviÄ‡ as a kind of superstar in the art world, and was a sound first step towards the creation of the Marina AbramoviÄ‡ Institute. MAI is not meant to be a showcase for AbramoviÄ‡’s work, but a laboratory that ''will foster collaborations between art, science, technology, and spirituality, bringing these fields into conversation with long durational work.''

The development of MAI is by itself no small undertaking – its original budget was $15 million, but AbramoviÄ‡ is now trying to downsize that. The architects behind the project at OMA, Shohei Shigematsu and Rem Koolhaas, have taken extra care to create a space that can accommodate the particularities of long-durational performance-art and AbramoviÄ‡’s vision. For that reason, they have designed a perforated theatre space that allows the performances to permeate all the other spaces through arches, openings, windows and corridors. The concept looks part temple, part science institute – pure, neutral, authoritative and mysterious. The architects have embraced AbramoviÄ‡’s philosophy behind the Institute, summed up in her words:

''You come here [at MAI] not just to see the work [of art], but ….. to change yourself through the work. You give us your time, but we give you back something that is unique. And maybe this experience you can bring into your own life, into your own work, whatever you do. We hope that this is going to be the future, this is going to be something that has never been built before.''

You can read more about the design proposal in Yatzer’s previous story on MAI, published when it was first unveiled in 2012.