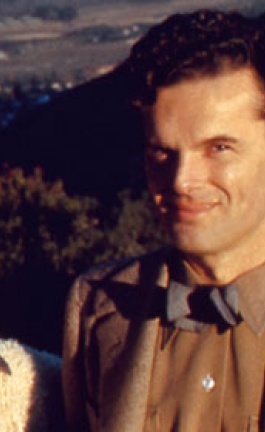 Haoshi Design studio was established in 2009 by two designers who believe that life is full of happy and interesting things.  The studio is based in Taipei,Taiwan and their name means “Good things" in Chinese.  During Tokyo Designers Week 2010 they presented a clock which connects time and memory.  A carousel made out of resin and plastic with Japan SKP clock movement.  Although it is spinning around the same spot, the happy memory we derive from it will never stop moving forward ... it will be extended to the infinity as time goes by.

"A boy's vigorous movement is the second hand. The minute hand symbolizes a mother, who accompanies her child continuously. The hour hand is like a father who steadily guards his family. The close relationships and interactions between them convert into the flow of time."

The numbers on the pillars represent time and for your convenience the designers suggest to have pillar #6 face your direction.