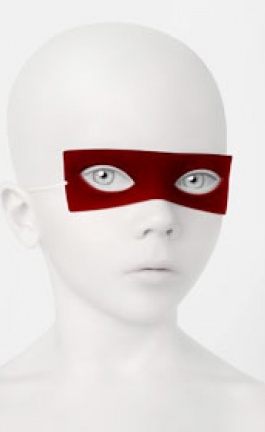 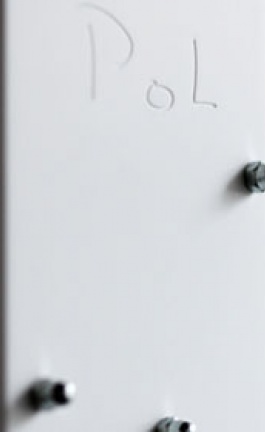 Tom Lovegrove (UK, b1982)
Lovegrove graduated from Kingston University in 2007 with much aclaim as his first released furniture piece – the ‘Bench’ – was acquired for the University permanent collection. Last year he exhibited at New Designers; New Designers Selection (selected from 4000 young designers) and Tent London. He currently works in London as a furniture and interiors designer. He personally makes small batches of furniture such as the ‘Bench’ which is now exclusively released by Rocket.

Lars Wolter (Germany, b1969)
Wolter lives and works in Mönchengladbach, Germany. He served an apprenticeship as a cabinet-maker before going to the Düsseldorf Academy to study art.Wolter continually crosses over the boundaries between genres, combining ideas from 1960s minimalism with contemporary culture and fashion. Here Wolter exhibits both furniture and wall-sculptures. In the past five years he has had three
solo exhibitions at Rocket. In 2007 a wall-sculpture was acquired by the Daimler Art Collection, Berlin. He is exclusively represented by Rocket.

Oliver King (UK, b1986)
King graduated this year from Kingston University with a degree in Product and Furniture Design. For King, a product’s soul and its success lies within the smaller details, which in his latest work slowly reveal themselves, producing furniture that is not only functional but also visually stimulating. ‘Off the shelf’, exhibited here, turns the current design-art debate on its head by presenting a shelf that is not for sale but for which the designer has produced an instruction book, published by Rocket, which inspires a stimulating DIY project.

David Restorick (UK, b1974)
Restorick is a London-based furniture designer and maker, whose work is an ongoing exploration of the relationship between functional furniture and sculptural form. Having studied Fine Art at Kingston University,
David moved on to pursue a career in design, initially concentrating on bespoke interior commissions. ‘Cut corner’ is exhibited exclusively by Rocket.

"Minimalism should be seen as a timeless and inter-disciplinary category, characterized by a desire for functional and conceptual simplicity and able to apply new aesthetic strategies to art and architecture."Minimalism, Könemann

The artists and designers in this show share a common use of geometry, computer plotting, metal fabrication,wood joinery, and paint finishes. All explore a minimalist aesthetic – they pare their works down to the essentials.

The artists in this show are not traditional painters. Their paintings are object-based. Many of their methods and materials are associated with product design. Even in the application of paint many of
them use spray-guns and industrial paint finishes.

The designers could be misread as making minimal sculpture but the fact is that all their pieces have clear functional uses in addition to their aesthetic qualities.

One of the artists in this show, Lars Wolter, served a cabinet-making apprenticeship before going to the Düsseldorf Art Academy. Two of the designers, Alexander Kneller and David Restorick, studied fine art before pursuing a design career. Three of the artists – Stefan Eberstadt, Richard Roth and Richard Wolter – contribute both paintings and furniture to the exhibition.

Stefan Eberstadt (German, b1961)
Eberstadt lives and works in Munich. After studying at the Munich Academy of Fine Arts, he was awarded residencies in Edinburgh, London, New York and currently, at the Villa Concordia in Bamberg, Germany. His work reflects his ongoing interest in the ambiguous relationships linking contemporary sculpture, architecture, design and furniture production. In London he has had two solo exhibitions at Rocket and in 2004 exhibited at The Economist Plaza.

Gerold Miller (D, b1961)
Miller lives and works in Berlin. In 2002 he was the subject of a major solo show at Nationalgalerie im Hamburger Bahnhof, Berlin and he has had numerous international solo and group shows. His work investigates the areas between minimalism, pop art and design, with his pieces oscillating between being objects and being pictures. He has had two solo shows at Rocket in 2004 and 2008. This year Rocket published a catalogue – Gerold Miller: what do you represent – with a text by Jens Asthoff. A work was recently acquired by Museum Ritter, Germany.

Richard Schur (German, b1971)
Schur lives and works in Munich. He graduated in 2000 from the Munich Academy of Fine Arts. Schur has received many awards and has shown internationally. Currently he has a solo show at the Kunstverein Ravensburg in southern Germany. His paintings combine the juxtaposition of seemingly minimalist grids with expressive choice of colours and materials. The resulting effect can look hard-edged, nearly clinical from a distance, but is much warmer close-up. In 2007 he was the subject of a profile in ArtWorld magazine.

Alexander Kneller (UK, b1973)
Kneller lives and works in London. He graduated in 1997 from Camberwell College of Art – having studied sculpture – and began working in furniture design. He also undertook the fabrication of sculptures and installations for a variety of artists and architects. This experience led Kneller to develop his own aesthetic direction, exemplified by a piece such as his Side chair – a versatile and multi-functional piece of furniture which combines seat, table and storage in one unit.

Will Taylar (UK, b1970)
In 2005,Will Taylar moved from London to Berlin to concentrate exclusively on his painting. He previously worked as a digital designer – the influence of which can be clearly seen in his paintings – after having studied
atWinchester College of Art. His work mixes the vocabulary of minimalist grid painting with techniques from the digital world of computer pixelation. In 2007 he had his first  solo show at Rocket and a catalogue, The Berlin Paintings,was published.

Corinna Warm (Germany, b1978)
Warm was born in Berlin, but moved to London in 1999 to study Product Design at Central Saint Martins College of Art and Design. After a short spell in Milan working for Isao Hosoe Design Studio, she returned to London and has since worked for a number of renowned designers including Shin and Tomoko Azumi, Tom Dixon and Barber Osgerby. She now works as a freelance designer from her East End studio and releases her own range of warm furniture. The prevalent characteristic of all Corinna’s furniture is that, while understated, it demands to be taken seriously. She mixes traditional cabinet-making skills with rigorous contemporary design. Her designs carry a strong sculptural aesthetic; they play with perspective and geometry, while remaining highly functional pieces.

Richard Roth (USA, b1946)
Roth is an artist who also works as a furniture designer and he is currently a faculty member in the Painting and Printmaking Department of Virginia Commonwealth University. In 1991 he was the recipient of a Visual Artists Fellowship in Painting from the National Endowment for the Arts. His work is in numerous public collections including Wexner Center for the Arts, Ohio; Akron Art Institute, Ohio; New York University Art Collection; First National City Bank Collection, New York; Indianapolis Museum of Art, Indiana. Roth is the co-editor of Beauty is Nowhere: Ethical Issues in Art and Design. Roth’s furniture is exclusively represented in the United Kingdom by Rocket.