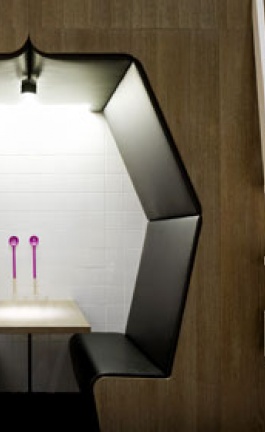 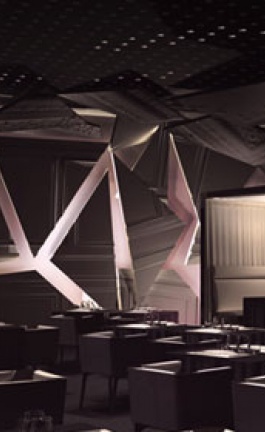 Media architecture collective Urban Alliance has recently finished the Moodwall: a 24 meter long interactive light installation in Amsterdam.
The Moodwall is situated in a pedestrian tunnel and interacts with people passing by, improving the atmosphere in the tunnel and making people happy and feel less unsafe. The interactive urban wallpaper is built out of about 2500 leds behind a ribbed semi-transparent wall. The curves in the wall make it less suitable for grafitti and improve the visibility of the content for the side. The resolution is horizontally stretched so the images of the screen are better for the side so people are stimulated to watch the screen from outside the tunnel. This prevents the tunnel to become a hang-out spot.

The Moodwall is a pilot project for a 70 meter long media wall proposal by Urban Alliance (in collaboration with Daan Hartoog) which won a competition for ideas to improve the public space of the social unsafe area of the Amsterdam Bijlmer.

Urban Alliance is a collaboration of:

The Moodwall was designed by Jasper Klinkhamer (Studio Klink) in collaboration with Remco Wilcke (Cube Architects), who was also responsible for the construction. The content was developed by Hans van Helden and Matthijs ten Berge of Illuminate in collaboration with artist Matthias Oostrik and students of the dutch art academy HKU.

Big collective workspace in a concrete environment by Cube Architects