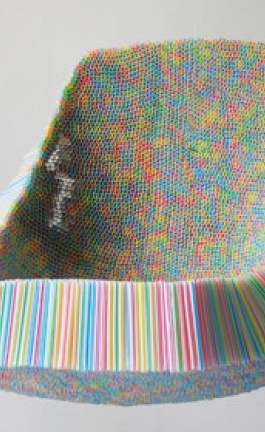 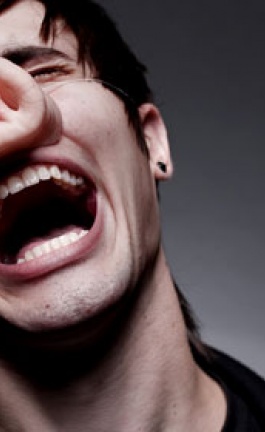 Swine Flu - The look of the season

In computing, a printer is a peripheral which produces a hard copy (permanent readable text and/or graphics) of documents stored in electronic form, usually on physical print media such as paper or transparencies.  It was in 1953, that the first high-speed printer was developed -by Remington-Rand- for use on the Univac computer.  But ever since 2005, the world's top selling brand of inkjet and laser printers has been HP which now has 46% of sales in inkjet and 50.5% in laser printers.  But this all goes for computing and the new technologies attached to it.

There is another printer though, in a wheel form, not yet known worldwide that does not need ink or paper to print, but is faced on the other hand with the minor problem, that the letters «written» with it, disappear with every next incoming tide (or with the wind, when the sand used as base is dry).  In other words, a printer that doesn’t cause any world altering visual impact except when it is in fact  spinning with the kids riding on it, while giving it the energy it needs.

This weird printer of a wheel made by Zanadesign, a Spanish design consultancy specialised in conceptual design –and of non organic materials so it doesn’t have impact to the beach and heavy enough to be used by a child but not pushed by the wind- is actually being used to spread the message of the commemoration of the first constitution of Spain in 1812 proof of peace, freedom and democracy.

The man behind this idea is no other than Tomás Silva Alonso, a designer originally from Barcelona, who studied in RCA London, before returning to his hometown, where he met and fell in love with Margarita, who in return brought him to beautiful Cádiz and pushed him to start his own designers office, hence, “Zanadesign”.
There, after winning a first price with the crazy idea of sand printing the council of Cádiz contacted and asked him to develop this in order to to promote ‘Cádiz 2012’.

So, Alonso and his team started designing, building and sizing prototypes, trying different materials, testing how to achieve a clear print on sand and making working prototypes to test the weight and safety but also asking for all necessary permits and licenses.
And after many rehearsals and implementations, plus after the big day (presentation to the public and the Mayoress of Cádiz), this special sand printer is here and ready to be used, showing that in the world of design, there is no such thing as a crazy idea.  Instead, a thousand possibilities with great impact, the results of some may not last forever, like these letters made of sand.  But then again, what does?