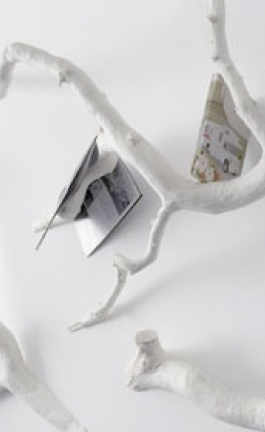 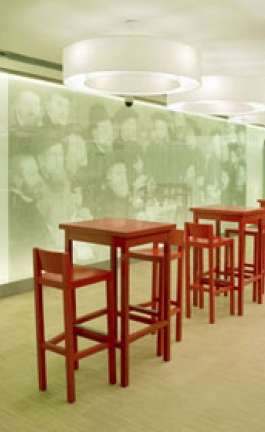 Yatzer
Architecture
View all Photos
(Rotterdam, 9 June 2008) The Office for Metropolitan Architecture (OMA) and Dutch development company, Multi Vastgoed will today present the concept design for a mixed-use building situated in the heart of Rotterdam’s shopping district, the Coolsingel. A historic ABN AMRO building will become part of the project which contains 120.000m2 of program, including 30.000m2 of retail and 70.000m2 of office, residential, culture and leisure space. Construction is scheduled to begin in 2011, opening in 2013.
The design for the project is triggered by two strong observations of site and height. The site is positioned in what is regarded as the true centre of Rotterdam, where the city’s most important streets: Coolsingel, Lijnbaan, Binnenweg and Beurstraverse merge. The second observation is on Rotterdam’s current construction development that almost entirely consists of tower projects. This creates an impressive skyline, but limited functionality and lack of engagement with the surrounding public can fail to enhance or enliven the centre. ­    Rather than a tower project competing for height, this design aims to change the identity of the city centre by inserting the pure form of a cube into existing buildings. Voids within the cube introduce configurations that bring daylight into the cube whilst providing views to the surroundings.
The open space of the site is a courtyard surrounded by architectural monuments including the building of financial institution, ABN-AMRO, an impressive bank building that was the first to be erected in the city center after World War II.     “OMA considers it a challenge to integrate these valuable buildings within the design. The bank will be given a prominent role in the new plan,” said OMA partner, Floris Alkemade.
“It will form the base for the new developments and the striking entrance will become a main address on Coolsingel. The current owner, ABN-AMRO, will remain an important user in the future but with new retail program the building will be reinvigorated and become more accessible,” he said.     The base of the cube will consist of 5 floors of retail space and within these floors connections are made to the streets of Lijnbaan, Binnenwegplein, Coolsingel, Beurstraverse, with the potential to connect to an existing underground station. Parking for both residents and offices will be situated below the retail floors.
Public program such as restaurants, exhibition and media spaces are located in the middle and top floors of the cube. From these floors the public will overlook the entire Rotterdam area. The biggest challenge of attracting the public to travel upwards within the building is resolved through the use of slanted public elevators that stop at selected few floors.     Energy-efficient concepts play an integral role in the development of the design with close collaboration with energy consultant to optimize the daylight condition and energy use inside the building.
OMA is also designing another building for Multi Vastgoed: the Koningin Julianaplein towers in The Hague, of which construction will start next year.     The Rotterdam project is led by OMA partners Floris Alkemade and Rem Koolhaas in collaboration with project leader Mark Veldman.