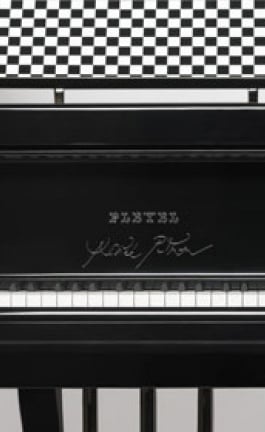 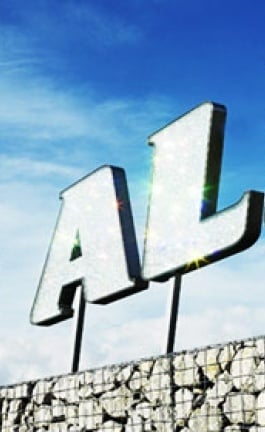 Yes to All by Sylvie Fleury

Lok Jansen an illustrator and architect living and working in Tokyo in collaboration with illustrator and graphic designer Jeroen Koolhaas did the artwork of the PRADA FW 2008 Lookbook, produced by OMA*AMO - Rem Koolhaas with Ippolito Pestellini Laparelli.

Miuccia Prada is about to do for the lace industry what Nicolas Ghesquière did for flower printers last season—send the mills into frantic overdrive. After glimpsing a piece of lace in her studio and at first ignoring it, she found the handmade fabric crept up on her, to the point where it took over almost the entire collection. "I thought using a little bit here and there is tacky, so we've had all Switzerland working on couture lace. They're in shock," Prada laughed after the show. "When you are working on something simple, the surface is important. I wanted to do minimal, something that was feminine and strong—but in the end, not so sexy. And there are a lot of references to early nineties Prada in there."

There was something almost sinister in the cumulative effect of seeing a legion of girls advancing down a steep spiral runway in dizzying numbers of transparent outfits in black, brown, bronze, silver, and pale blue lace. After the first looks of opaque black suiting and dresses implanted with strange upstanding frills (with matching frilled patent cone-heeled shoes), the show shifted into full-lace gear. At first, it came layered over buttoned-up blue shirts, which in turn went over another nude-colored stretch shirt, creating an odd, done-up, double-collar effect. Below, the unlined A-line skirts gave a clear view of big panties—a nostalgic view, in fact, for they were one of the sly, self-referential nineties-Prada codes that were inserted here and there (fashion-history train spotters could also tick off the industrial metal clips on the bra straps)

Miuccia Prada's passion for the work of Yves Saint Laurent is the stuff of legend: In her student days, as secretary of the Communist party in Milan, she'd lead protest marches in vintage YSL. Saint Laurent's clothes for Catherine Deneuve in 1967's Belle de Jour struck a particularly personal chord, as they captured both Deneuve's bourgeois hauteur and the current of transgression that ran beneath it. So it was easy to see Miuccia's latest men's collection as a kind of Beau du Jour for the way that it pushed sobriety into the realm of fetish.

The theme was duality from the first outfit: a charcoal suit, sober enough, but its jacket was wrapped in an almost feminine way. And it was worn with a shirt that had two collars, one quite clerical. (The shoes also had a two-tone effect, and the swell of celestial voices in David Motion's "Buoyancy" on the soundtrack underscored the twisted religiosity.) The bi-collar was a foretaste of what can only be described as a male bikini, which combined a bib front with what appeared to be a visible jockstrap (or maybe male garter belt?) and closed at the back like a waistcoat (or bra). Wags instantly dubbed the look "wedgie chic," but it was more disturbing than that—as if traditional concepts of masculinity had been turned inside out. Of course, this is something Miuccia's talked about for years, but it was still striking to see it rendered so graphically. Even more so when a couple of back-buttoning blouses walked past—male vulnerability wrapped up in a shirt.

That notion was amplified through flesh-toned knits that gave the impression of nudity, or traditional male garb reduced to fragments—a collar and cuffs, for instance. Something about this hinted at Helmut Newton's classic photos of Saint Laurent's collections in the seventies. In other words, a typically provocative Miuccia exercise. And, boy-kini aside, the shimmery shirts, silvery shoes, and suits with a tonic gleam will be near the top of Fall 2008's wish list.