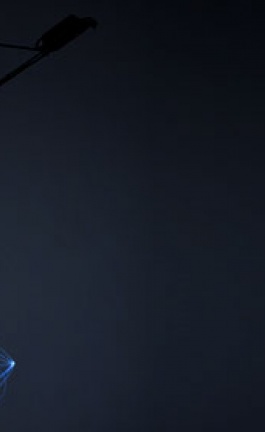 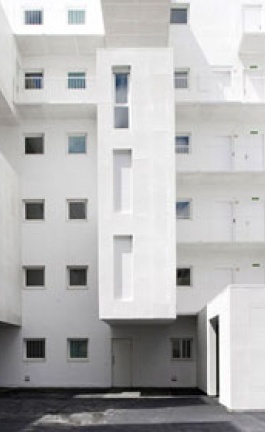 PRISUNIC & DESIGN, a unique adventure
“Beautiful things don’t have to cost more than ugly ones” Denise Fayolle
“All that separates the product from the object is the distance from the factory to the store. And all that separates the object cult to the cult object is the distance from the store to the museum”.Françoise Jollant-Kneebone in “Design carrefour des arts”, published by Flammarion, 2003

From September 5 to November 30 2008 , VIA presents, in its parisian gallery, the brand new exhibition “Prisunic & Design, a unique adventure”. Brought together by VIA (Valorisation of Innovation in Furnishing), this exhibition gathering more than sixty iconic pieces of furniture will both celebrate the 40th anniversary of Prisunic’s first mail order furniture catalogue and highlight a pioneer experiment by this much popular brand.
Prisunic’s mail order catalogue is an icon of a bygone era. Launched in the heady springtime of the year 1968, it played a vital role in France’s coming of age as a modern consumer society. In the midst of nation-wide strikes, it was a look forward to the innovative concept of “first equipment” products affordable for the average French family.
A major break out was made by using, for the first time in furniture production and marketing, designs that were entrusted to creative talents whose names would soon achieve fame, such as Marc Held, Gae Aulenti, Terence Conran, Marc Vaidis, Danielle Quarante, Jean-Pierre Garrault, … and sales were innovatively carried out through the company catalogue and mail order system.
Furniture lines were presented along numbered and signed lithographies by Alechinski and Pierre Messagier, sold for a ridiculously low price, considering they were actually pieces of Art !

Plastics, pop art, crazy teenagers, prêt-à-porter boutiques, flashy billboards – that was the 60’s scene. Low-income apartment blocks, the Renault 4L family hatchback, art for everyone, the May 1968 student uprising. Rinascente and “compasso d’oro”. Ikea in Sweden, Habitat in the UK, introducing a new breed of stores which, each in its own way, marketed high-quality products for the average French family.
In Prisunic, innovation and audacity were blowing in the wind. From the products to the catalogue itself, from pictures to graphic design, packaging, branding, advertisement and communication, everything served to bring the consumer a bold « total look », inspired by new materials, new industrial processes, as well as the international contemporary Art scene. Inflatable plastic, fibre glass, polyurethane foam, thermoforming, and the novel use of brightly coloured industrial high-gloss paints : all these forms, models and materials enabled the designers to provide French families with furniture which was fully in sync with their upto- date lifestyle.The irrepressible spirit of the 60’s had come in from the street and was available on the shelf.
Some of these creations ended up in the homes of famous artists and personalities, such as the armchair/carpet created by Olivier Mourgue, which was purchased by the actress Jeanne Moreau, and the bed designed by Marc Held which was acquired by Karl Lagerfeld. A set of furniture made of fabric and tubes was chosen to grace her home by the writer Edmonde Charles-Roux…

The next session of the “Maison&Objet” international fair will be presenting, from September 5 to 9, a specific declination of the exhibition.

VIA, a non-profit organization that has been relentlessly promoting young French designers over the past 28 years, was set about recreating this fascinating adventure, with all its human, creative and industrial ramifications. Soon it became obvious that a mere exhibition catalogue would not prove enough to reflect its content as a whole, though. So it was decided to have the story told in a book entitled, like the exhibition itself, “PRISUNIC and design”. The task to write this book fell upon Anne Bony, an author well known in France for having written the “Les Années” (The Years) series, published by Editions du Regard. The Prisunic book – meant to be a major work of reference in its own right - is being brought out in partnership with Editions Alternatives of the Gallimard Group, and will be available for purchase, at a very affordable price, by early September..
The book
PRISUNIC et LE DESIGN
Anne Bony, Editions Alternatives (Groupe Gallimard)
Retail price : 25 euros (VAT included)
Available at VIA Gallery or from VIA website www.via.fr as of 5th September.
Will be sold in bookstores in September.