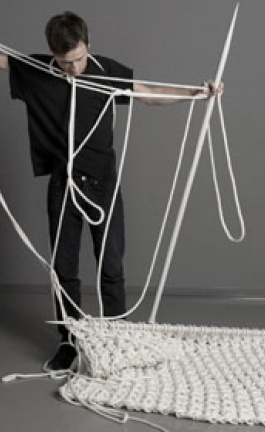 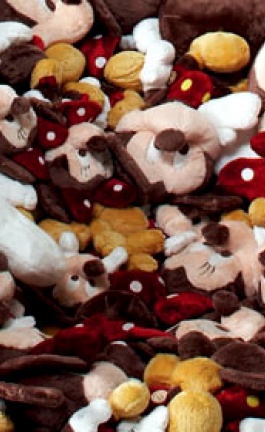 Exactly 100 years after Adolf Loos wrote Ornament and Crime, a manifesto that effectively relegated ornament in architecture to the peripheries of the discourse, “Re-sampling Ornament” takes a first step towards tracing its re-emergence. For decades the language of architectural ornament has remained largely unspoken, but for a few memorable post-modern architectural experiments. Yet from Owen Jones 'Grammar of Ornament' to John Ruskin, Gottfried Semper, Louis Sullivan and William Hogarth – and contemporaries such as Kent Bloomer, a rich vocabulary of opposing and often contradictory theories exists to be readapted, re-sampled, and once again applied at the heart of architectural practice.
Oliver Domeisen's research at his unit at London’s Architectural Association into the history and contemporary application of ornament in architecture has made it possible to embellish and enrich a mutual selection of new architectural projects with terminology drawn from many dictionaries; allowing for associations and groupings that can identify vital traces of ornament in current practice and at the same time rethink its boundaries, creating a new context within which contemporary projects can be redefined and rethought.
Whilst the ideological rigor of Modernism once rejected the supposed decadence and wastefulness associated with the mass production of ornament, it is undeniable that over the past 10 years entirely new construction and manufacturing processes have made the return of ornament economically viable. 3D computer modelling can now steer mass-customisation processes from CNC milling to laser cutting. This has transformed the work of Barkow Leibinger as they explore a myriad of possibilities for modulating tubular steel, creating rotating screens that give the structural properties of metal the added effect of a delicate textile. Gramazio Kohler programmed a robot to construct brick walls that appear woven or soft. The architects Berthelier Fichet Tribouillet have impregnated acrylic façade panels with brass shavings in a redeployment of manufacturing debris.
Crucial to a new reading of ornament in architecture is its enduring relationship to nature. Toyo Ito and Hitoshi Abe have translated and abstracted nature to implant architectural metaphors within the corporate, urban environment of Japan. Again, it is digital production that enables Abe to create a thoroughly contemporary manifestation of a forest canopy in all its intricacy, whilst Ito's structural abstraction of an adjacent Zelkhova tree becomes a pertinent reference to the origin myth of architecture: the primitive hut. François Roche / R&Sie(n)embeds the trauma of nature’s gradual erosion into the morphology of his design for a Swiss glacier museum in the alpine region of Evolène. The machinic transformation of locally sourced wood for the museum’s structure “corrupts” the twigs from the nearby forest into alienating spikes, creating ornament as a nightmare of potential loss.

Re-sampling Ornament reasserts the right to enjoy the intelligent conceptual play with beauty and to rediscover sensuality in current manifestations of ornament in architecture. According to the architectural historian Kent Bloomer, there are malleable and erotic 'Bio-Keys' that span cultures and histories, as though there were some deeply rooted genetic code of ornament. Ruskin's "Curves of Temperance and Intemperance" sought the geometry of virtue in ornament, one that William Hogarth traces with scientific exactitude in the curvature of bones and the lines of a woman's pelvis.
Today, computer-aided design can bring forth organic forms in architecture as well as stretching artifice to its extremes. Evan Douglis describes his invasive Helioscopes as ‘vision orifice and wire flesh’. Oliver Domeisen sees the resurgence of Rococo’s exuberance in these morphed curls. Whether or not the gigantic cumulus curves of Jürgen Mayer H’s Danfoss Universe building in Denmark count as ornament is open to speculation, yet the historical references certainly anchor his radical aesthetic in a picturesque tradition of ornamental architecture.
Ornament is the home of metamorphosis uniting and transforming conflicting worldly elements. It is an image of combination and a spectacle of transformation. Ornament is a method to subsume almost anything into the architectural idiom: human bodies, plants, militaria, microscopic patterns, fantastical beasts – it is the realm of monsters and hybrids. Ornament is transgressive. It sits comfortably between realism and abstraction, antiquity and modernity, mechanical objectivity and artistic subjectivity, convention and expression, and the real and the ideal.
In our age of conspicuous consumption, brand culture also becomes a welcome resource for the architecture of ornament in all its opulence. Jun Aoki has translated the Louis Vuitton brand iconography to create a veritable glut of architectural signage. Manuelle Gautrand found a timeless way to resolve the tricky issue of the brand design in architecture by embedding Citroen’s logo within an ornamental folded façade. The icons of our age are perhaps the logos that define the corporate world that surrounds us; the manufacturers of desire. The architects featured as defining new styles and languages to accommodate this iconography are distinguished by the elegance with which they resolve the dilemma of representation in unique ways – uniting ornament with a pertinent commentary on contemporary visual culture. Realities United have resolved the ubiquitous banality of the media screen applied to architecture by investing the pixel simultaneously with ornamental and architectural, and communicative qualities. The graphic designers 2x4 in turn create a multi-layered commentary with contemporary signage, as Shumon Basar points out: the pixel becomes ornament, ‘impish iconography’ and blasphemy all rolled into one; one of Rem Koolhaas’s intended Mies-takes within his masterplan for the IIT Mc Cormick Tribune Center in Chicago.
Just as Hild & K have carved the historical image of ornament - shadows and all - back into a Berlin façade for posterity, so we hope that by excavating and implementing a rich repertoire of past discourse, Resampling Ornament reinstates ornament in contemporary architecture with an abundance of new conceptual and aesthetic possibilities.
Ornament operates trans-historically and trans-culturally. It is constant dynamic movement and expansion. Ornament is not truth – it is mimesis, material transubstantiation, deception, artifice, pleasure and beauty that render utility acceptable.