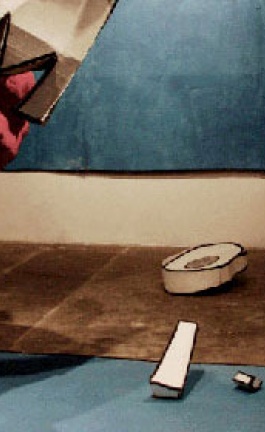 Martyna Zdanowicz is making a commotion 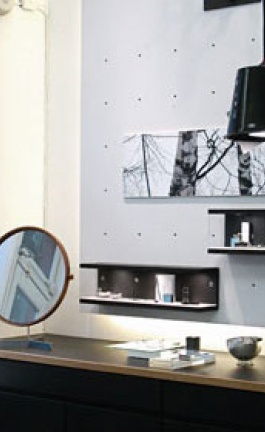 LOD gallery and shop in Stockholm

The church St. Bonifaz was completed 1958. During the nineties the construction defects which had appeared over the years couldn’t be overlooked any longer. The church hall and the staff rooms also needed to be refurbished. However the requirements of the church had changed. The church interior was to radiate a more collective and spiritual atmosphere, it was to ensure the intensity of a shared church service for small as well as large faith communities. In 2002 after successfully taking part in a competition were commissioned to proceed with their proposal. The first phase of construction has now been finished.

During the course of the obligatory refurbishment the architects gave the church interior a new concept so a denser and more direct atmosphere could be achieved without giving up the original room. The nave was separated from the choir with a wall so that a large area in which service with 300 people could take place and a smaller area for prayer with 50 people were created. If the choir was formerly held at a distance from the nave and by that also from the altar by a ledge then this separation has been nullified by the new room formation. The altar has been moved into the centre of the communtity without having to entirely give up the existing achsial structure. The curved wall with the cut out cross supports the effect of the newly arranged protective enclosure. But also the rear side of the wall is curved concavely, it responds to the shape of the choir wall.

The spacial arrangement stays visible through joints but the church interior is pulled together to a whole by a connecting white which transports the idea of the transcendent and the immaterial as a space made of light. The floor is covered in white terrazzo, the walls with plane painted plaster. The benches are made of wood, painted white. The altar - designed by Wolfgang Eckert - was sanctified July, 16th 2007. The artist accentuates the new beginning which is connected to the conversion. This can also be interpreted theologically: Belief implies a willingness for new beginnings. Admittedly it only falls to us to speak of the architecural one. Well, this one is a successful one.

An image of St. Bonifaz church, as it was before C18 Architects renovate it