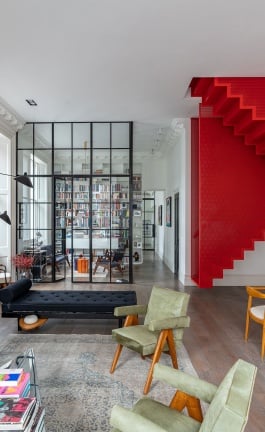 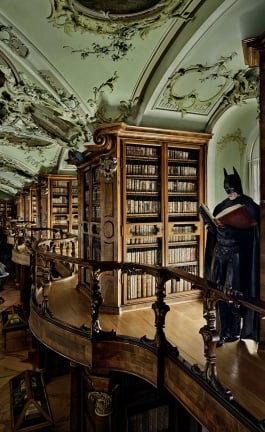 During the last couple of years, 3D printing technologies have been gaining traction in the construction industry with several projects completed or underway. One of the projects that stands out is TECLA, the first eco-sustainable 3D printed housing model entirely from local raw earth. A collaboration between leading 3D printing technology company World’s Advanced Saving Project (WASP) and Italian practice Mario Cucinella Architects, TECLA takes its name from Technology and Clay, eloquently encapsulating the project’s extraordinary achievement, namely to combine cutting-edge construction technologies and robotic automation with vernacular architectural practices that go back millennia. Located in Massa Lombarda, a small Italian town between Bologna and Ravenna, the low-carbon housing project demonstrates how technology and tradition need not be contradictory terms but can work in tandem to effectively address the environmental issues we are facing.

While the project was conceptually inspired by one of Italo Calvino's “Invisible cities” – the city in continuous construction – in physical terms, the designers drew inspiration from the nests that potter wasps build out of mud, whose circular forms are echoed in TECLA’s design. Consisting of two conjoined, stout volumes, the 60-square-metre structure comprises a living zone with a kitchen and a sleeping zone, each space crowned by a circular skylight. A cross between a primitive hut and a colony on Mars, the house’s ridged, earth-hued, pumpkin-like volumes look primitive and futuristic at the same time. The same uncanny sensation is carried on in the interior where 3D printed built-in furnishings are seamlessly integrated into the earth structure, with the rest of the furniture designed to be recycled or reused.

But how do you go about 3D printing a house using raw earth? To do so, the team employed WASP’s flagship 3D printing technology, the multi-printer Crane WASP system, a modular and multilevel printer arm whose uniqueness rests on its ability to work collaboratively with other units, a first in the construction industry. In TECLA’s case, two printer arms worked simultaneously in a carefully choregraphed, streamlined process, optimized by proprietary software, to build the entire house in just 200 hours.

The project’s ground-breaking construction process goes hand in hand with its sustainability credentials. Made entirely out of local soil, TECLA’s construction minimizes the use of human and energy resources and reduces waste to a minimum, making it a nearly zero-emission project. What’s more, both the composition of the earth mixture and the design of the building shell, whose rugged exterior belies intricately intertwined layers of sinuous forms, are optimized in order to balance thermal mass, insulation and ventilation according to local climatic conditions. By championing bioclimatic principles and sustainable design alongside digital fabrication and affordable housing, TECLA’s multipronged design, itself a reflection of its creative marriage of primeval building practices with advanced technology, offers a novel way to deal with the future housing emergencies that the unfolding climate crisis is bound to cause.