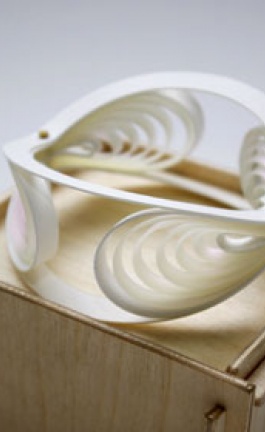 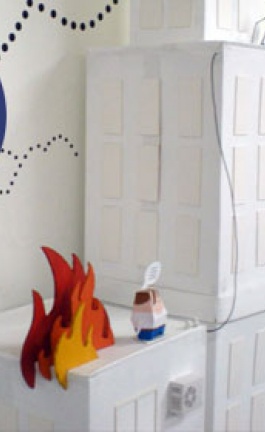 winner of the GOOD DESIGN AWARD for 2009

Founded in New York City, Trove is led by Jee Levin and Randall Buck, who are both accomplished artists and the creative force behind the brand’s ingenious concepts; Trove’s designs push the limits of scale and repeats with unique patterns that are 12 feet high and 3 to 6 feet across. All of Trove’s wallcoverings are printed on commercial-grade paper, using high-quality non-toxic wax-based coatings and archival inks, which have a lifespan of 140 years. Trove’s expertly designed products are eco-friendly and recyclable. Trove’s first creations were inspired by New York City’s 100-year-old flower market in the middle of Manhattan, and subsequent collections have expanded to include designs inspired by additional natural elements. Levin and Buck’s work is a clever interpretation of the simple, yet fascinating beauty of our environment.

Below you will discover 3 of the latest TROVE wallpapers, Indi, which uncovers a darker, edgier design aesthetic, conveying beauty in genuine and unaltered ways and doing away with overly adorned natural motifs, which are common in traditional wallpaper patterns, Alcyone,  a pattern that carries on the floral motifs that inspired the company’s first collections and at the same time is cohesive with the illusion of movement that identifies Trove’s more recent designs and Azha, a pattern made up of a multitude of moths, scattered in a slightly disorganized arrangement, some flying at liberty and some colliding into their surroundings.

A graphic tribute to film luminary Alfred Hitchcock, Indi feels like an action shot of a flock of birds in flight and conjures up visions of the great filmmaker’s masterpiece, The Birds. The intertwining pattern is formed by groups of blackbirds in motion, not in an orderly fashion, but randomly bumping into each other, falling over one another, and attempting to catch up with the rest of the flock. Indi is an authentic representation of the spontaneous and unpretentious splendor of the natural world.

Inspired by the unique appearance of water lilies, Trove created Alcyone by mingling copious amounts of blooms together in a captivating arrangement, making it seem as though they are magnetically attracted to one another, providing a feeling of tension and motion that gives this classic pattern a personality of its own. The end result is a visual psychedelic journey to a land of fantasy and inner peace.

At first glance, Azha may appear like a group of butterflies, beautifully spiraling in unison. A closer look reveals that the pattern is actually made up of a multitude of moths, scattered in a slightly disorganized arrangement, some flying at liberty and some colliding into their surroundings. Each of the various colorways offered for Azha give the design a unique visual effect – from the vaporous blacks and whites, to the vibrant flashes of pink and purple, each version tells a new exciting story. With Azha, Trove proves that natural beauty is unconventional and ever-present.

About Randall Buck
Randall Buck is a multi-media artist working in time-based media. His installation work employs light, motion and photography. Randall went to the School of the Art Institute of Chicago for graduate studies in fine arts. He returned to Minneapolis for a brief period where he met Jee Levin and together they opened a clay studio, where they designed and produced pieces for Aveda. Randall spent his first eleven years in New York City designing graphics, branding, and retail spaces for nationally located stores. Randall and Jee spent two years developing the concept, aesthetic, and first range for Trove.
Randall Buck envisions pattern from an architectural perspective, which is evident in Trove’s work. The company employs technology that pushes beyond conventional manufacturing limits. Randall crafts this technology in an effort to return the design work back to a finished form which is tactile, distinct and inspired. He believes these innovations are essential to his evolution as a designer and the possibilities are limitless.

About Jee Levin
Jee Levin wanted to make wallpaper that broke all the rules…no more tightly woven patterns with fussy details and conventional motifs. Jee set out to elaborate the current language of wallpaper from repetitive graphic patterns to organic imagery with less repeat and more of the random. Depth and perspective replace geometry and line.
Jee Levin and Randall Buck moved to New York City in 1995. Jee spent eleven years working in the still life photography industry before launching Trove in 2006 at the International Contemporary Furniture Fair in New York. Jee is a painter, working primarily in encaustics, which is a medium that emphasizes layering of translucent images formed by pigment mixed with beeswax and tree resin. All the components are of the earth. Jee applies the similarities in technique and philosophy of painting to wallpaper.
Randall and Jee aspired to merge art, design, and craft mixing traditionally recognized decorative elements with nontraditional application and eco-friendly materials, which they successfully achieved with the founding of Trove.
Trove strives to create a product that is as minimally harmful and least impactful to our endangered world. The company continues to update their resources using the latest products available in order to be as green as possible while stil meeting the codes and regulations required for commercial applications. Through Trove, Randall and Jee hope to make the world a more beautiful place to live both in decoration and by promoting responsibility and renewal of our world’s resources.