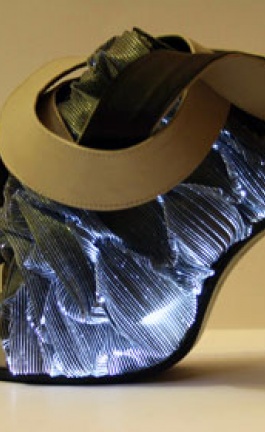 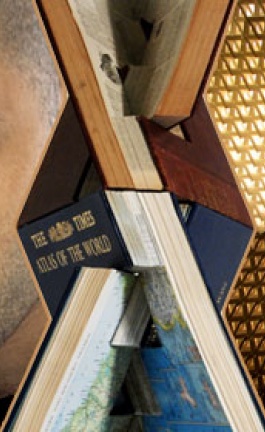 We all know that it is difficult to hold our breath under water, unless we are familiar with scuba diving! Nonetheless, the Amsterdam based design duo Million Dollar Design managed to take a deep breath and design an underwater world into an old rundown subway train.  Commissioned by the Amsterdam Public transport Company, Million Dollar Design, represented by Dutch creative production agency Shop Around, were selected by Artists & Co to give a facelift to one of the 30-year-old "Silver Gulls" metro trains in Amsterdam.

Anneloes van den Bergh and Pauline Teunissen, founders of Million Dollar Design,  blend illustration, photography and fashion to create a dreamy wonder-world with some dark accents. Their work is romantic with slightly rough edges. Faithful to their design values, they came across a romantic concept and they created an underwater world. Instead of a dark sense of dull gray stones on the ground and the plastic walls in the subway their design gives a sense of infinity in an underwater world where you feel like you can swim away. And although still being underground as a passenger, you are now in a colorful world of fantasy.

Mermaids swim along, an octopus hides under an umbrella and a turtle takes you on a journey into the unknown. The subway consists of two differently designed so-called 'bins' (compartments). One has a predominantly green color which reminds you of the deep underwater, where strange little creatures are floating around. The other which is purple, suggests that it's closer to the surface, where small fish are flirting  with the sparklings of the sunlight onto the water.

Next time you find yourself in Amsterdam, prepare for a ride into the underwater world. But don't be fooled, the train does not penetrate the city channels!