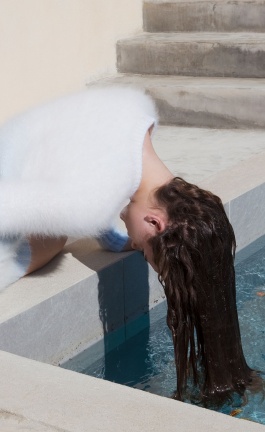 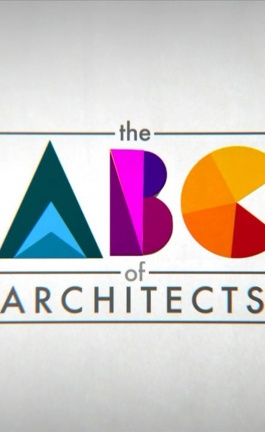 The ABC of Architects

Vassilis Emmanuel Zoulias is staying put. Despite the cloud of pessimism that’s been hanging over Greek skies for the past five years, this relatively new designer can already see a light at the end of the tunnel.

''Right now it’s like we’re in a tumble dryer. We’re all so battered and dizzy, it’s hard to get any real perspective. Once we’re smoothed out and ironed, we’ll realize that we’ll be better off than we were before. Right now we’re blind to the possibilities but I, for one, am convinced this is all for the best''.

And that’s coming from the man who had to struggle with delicate fabric scraps from his personal vault to produce his latest collection, celebrating his first 10 years in the fashion industry. If you’re wondering what he did before he became a couturier, then we might as well tell you that Zoulias, once dabbed ''The Mad Hatter'' by The New York Times, is the first ever male stylist in this battered country we call home. It all started when he was 16 years old. During a summer job at a local fashion house, he was urgently called in to replace a stylist who never made it on set and has never looked back since.

''Ever since I can remember myself, I was always directing photo shoots or dressing people. My memories of my mother have really defined me. I remember her in the 60s, getting together with her impeccably dressed girlfriends for a game of Gin Rummy in the afternoons. I was positively haunted by twinsets, black pencil skirts and pearl necklaces. Their style burned a hole through my head. After 20 years in publishing, I became a fashion designer and it all came pouring out.''

But let’s take things from the top. After a highly unsuccessful tenure at a local fashion college, where he reportedly made fur-trimmed swimsuits when the rest of the class was asked to design wedding dresses, he went on to apprentice with local sensation Billy Bo. A Greek version of Halston, Billy Bo staged elaborate fashion shows with international guest stars, like super model Pat Cleveland, and was on the verge of going international when he died of AIDS, shortly after his first shoot for Elle US. Zoulias worked on everything from retail to styling and learned a lot of valuable lessons about self-invention. It did however, take him 20 years to put them to good use.

Spending a happy year roaming around the international fashion week circuit as a stylist for Greek magazines, he was dubbed the ''Mad Hatter'' by Bill Cunningham, who published a collection of his famous headgear, ranging from bishop’s hats to square academic caps! He even got stuck in an elevator with the photographer himself as well as Liz Tilberis, Anna Wintour and Grace Coddington during New York fashion week! A happy accident saw him abandon the publishing world in order to rebrand a gentleman’s boutique that soon went bankrupt, leaving him no choice but to follow his dream. “I had no money and no clear idea of what I wanted to do. All I knew is I was crazy about pumps!”

Adopting the moniker Zoulias, Old Athens, he modeled his first pair of shoes after his mother’s pointy satin pumps from the 60s and crossed over the other side of the mirror to become a designer. He still keeps his mother’s delicate footwear on a shelf right behind his desk and can readily produce it at any given moment! And that’s the beauty of this now 10-year-old brand: For his influences are tangible and ever-present, as the distance between past and present is instantly eliminated simply through the simple act of touching the shoe that started it all!

''I’m a huge believer in the pointy pump!'' he says about his trademark product. ''It never goes out of style. They elongate the leg and add elegance to every look. No male customer has ever picked out anything other than pointy pumps for their wives and girlfriends. You can show them a 100 different pairs and they always go for this ultra classic silhouette. It’s the ladies who get confused. Men, on the other hand, have a very clear idea of what they want the women in their lives to wear. And I know exactly what that is!''

Adding to his shoe & accessory line, Zoulias ventured into apparel in 2002, incorporating his love of the 50s and 60s into every look.

''I’m obsessed with Fellini movies and old Greek cinema and I’m constantly haunted by women: Greek icons like Ellie Lambeti, Irene Papas and Melina Mercouri, as well as Audrey Hepburn, C.Z. Guest and Nan Kempner – they’ve have always been an inspiration! I still remember the sound of clicking heels as a woman runs under a bridge in a tight pencil skirt in Mama Roma. Some people say I’m stuck in the past but that’s no skin off my nose. I strongly believe that you need to have an identity, a signature style that people can recognize, so I stay true to my obsessions, no matter what.''

The end of 2012 saw the Vassilis Zoulias fashion house celebrate its 10-year anniversary with the toughest but most beloved collection yet. Running a luxury brand during a financial crisis is no easy feat, and the designer had to dig around his fabric vault for leftover scraps instead of ordering countless yards of fabric from the Taroni silk weaving mill in Como, as he had before. An old skirt was taken apart and sewn into a gorgeous rainbow dress, while the construction of every single of the 42 outfits he sent down the runway was similarly painstaking. ''There were a lot of two-toned outfits, because I didn’t have enough fabric to keep them monochromatic!” he says with a smile. ''But I never compromised quality. Now, more than ever, is a time to be resourceful and creative. When a fabric ran out before the outfit was done, I’d go back and redesign it, but it all came together in the end. I think if we all do the best we can with the resources that are available to us, we’ll be better people for it in the end''.

THE EXTRAS – A Ghost Story
Zoulias is a storyteller, a collector and a true gentleman. He can make you feel like a movie star with a mere flick of his wrist and conjure up lost worlds simply by leafing through an old issue of Vogue, which he hunts down every chance he gets. He serves divine coffee in delicate vintage china and thinks nothing of modeling a 50s Dior hat on you, just because he likes your bone structure. It’s impossible not to get carried away by his memories and get lost in his words, and no story illustrates his transcendental relationship with fashion more than the one we’re about to share with you, in the designer’s own words:
''In 2011, just before the show in New York, I was prepping a catwalk inspired by Irving Penn. I’d seen a photograph of his that I really loved and I was going to base the whole show around it. I had even found the perfect location: a beautiful apartment on the second floor of the first building in Athens to get an elevator installed. It must have been about 100 years old. The owner, who was renovating the property at the time, just so happened to have original Penn prints, which he was willing to lend me, so I was deliriously happy. Two weeks before the show, I received a strange phone call from a lady who would rather remain anonymous. She told me her mother had died over the summer and was wondering whether I’d come over and check out her wardrobe. She pleaded with me to not think her mad. As she explained, she just felt a sudden urge to contact me. Her mother was a wonderful Grande Dame who I’d already heard of, so I decided to go take a look. I arrived at this house that’s best described as a castle and I was shown to the gardener’s cottage, where the clothes were kept. I nearly fainted. My mouth went dry and my hands literally shook: the place was swimming in Jacques Fath hats, Ferragamo shoes and an ocean of YSL, Dior and Chanel. It was exquisite! She had amassed a huge collection dating back to the 20s from her mother and grandmother and didn’t know what to do with it. She kindly offered to lend me hats and accessories for my upcoming show, so on my way out I handed her an invitation. She took one look and her face fell: the apartment the show was taking place in was her mother’s former residence! Finally it had all become clear: this inexplicable urge to call me was her mother wanting to go back home''.