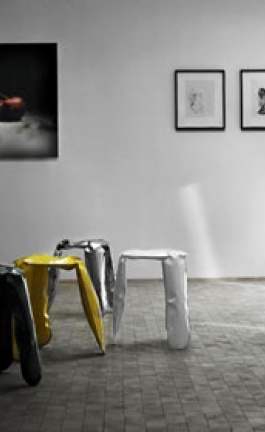 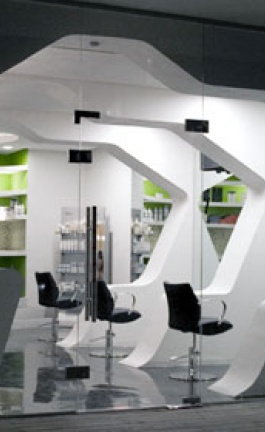 After reading the second letter, it stated that we should be in the lobby at 8.00am for our next adventure to yet another secretive location and carrying an overnight bag. I woke up the next morning filled with bubbles, dreams and excitement and still partially at sea from our last night’s sailing. By now I had spend 24 hours in a world were water is replaced with champagne, a casual drink at a bar is accompanied by fascinating conversation by a leading designer and dinner is spent at river sailing around Paris with a design trend setter.

As all 6 bloggers met at the lobby we were driven to the Gare de l’Est, boarded on a train and arrived at an unknown destination were a luxurious bus, upholstered with leather and an essence of luxury was waiting for us. We drove for a couple of hours watching the French landscape go by and then a driveway into the mesmerizing destination Manoir de Verzy,a heaven of peace, luxury and indulgence, defying time and space which was  Madame Clicquot's former residence, not far from Reims. We got off the bus and I still felt like my feet were on air. The mansion has an aristocratic presence which has been passed on in the family for generations. We then discovered that the Champagne village is the sole location where all champagne dealers purchase their grapes from. Anything purchased outside this location is produced as sparkling wine.

We were accompanied to the grand press machine’s room were we had the pleasure to be introduced to Mr.Cyril Brun - The wine maker and communicator of VCP (picture above). In this same room many many years ago Madame Clicquot viewed from her little wooden box what is known as the press process, the pressing of the grapes in the old pressing machine constructed in 1784. Accompanied by just bread we tasted 5 different vintage champagnes in order of production 1990, 1985, 1982, 1980 και 1978. Of course I can not be subjective regarding the tastes as I clearly believe that the best production was of course that of 1980, as it is coincidently the year that I was born. However, I have to mention that the taste of the vintage drink of the Gods of 1985 was bubilicious as the conoseurs explained to us that that year was the coldest ever and the grapes that survived are absolutely divine.

While we were tasting, talking, laughing, experimenting and gruming we were in presence of grandness. Grandness is nothing less than the limited edition "VERTCAL LIMIT" designed by Porsche Design Studio, exclusively for VCP. It contains 12 bottles ranging from 1955 to 1990 solely vintage and 12 pieces were manufactured worldwide. Gruming however comes from the term Grumer which as Mr. Cyril taught us is the way to taste champagne. So you sip release oxygen shape your mouth like a fish and breathe in (see the shape of my lips above). It’s a hard world for the chomeliers!!!!! And something to bring us into a language that we understand as plain people who understand plain things, the opening of the champagne, in the only way that exists and thank God it needs no explanation. You can not get it wrong, unless you try the CANDLE method!

A MEETING OF PIONEERS
SHE DREAMED OF CREATING CHAMPAGNE THAT WOULD CONQUER THE WORLD.
She was an audacious businesswoman, perhaps the first of all time. She was uncompromising; her house bears the motto: “Only one quality, the finest.“
Her vintages are the delight of champagne lovers and epicureans the world over.
Her vintages deserved the most emblematic object of desire to celebrate an exceptional collection of VINTAGE champagnes. For the first time, twelve rare vintage magnums have been brought together, retracing over half a century of champagne history in an extraordinary contemporary wine cellar signed by the PORSCHE DESIGN STUDIO.
Veuve Clicquot VERTICAL LIMIT by PORSCHE DESIGN STUDIO is the fruit of the aesthetic alliance of two ingenious imaginations. It is a rare object of art born of the brilliant French wine making tradition and the innovative audacity of one of the world’s leading designers.
Veuve Clicquot VERTICAL LIMIT by PORSCHE DESIGN STUDIO is the timeless union of two icons of luxury and design and from this fusion of steel and bubbles is born the ultimate wine cellar.

VEUVE CLICQUOT VERTICAL LIMIT by PORSCHE DESIGN STUDIO
A rare work of art, Veuve Clicquot VERTICAL LIMIT blends the sleek lines of steel with the brilliance  of champagne in a monolith that is both unexpected and fabulous.
The “extreme verticality” of this object is offset by the many qualities of the wine it contains. Like a modern cabinet of curiosities, this is a showcase, a (treasure) chest of radical sobriety that is entirely handmade and sheathed in brushed steel. A contemporary block measuring 2.10 meters high by 60 centimeters wide, it is the embodiment of technical prowess. Each shelf is individually lighted. The doors and angles are hand-soldered. Each of the fifteen armoires is unique, born of three weeks’ work at the PORSCHE DESIGN STUDIO ateliers. Its temperature remains constant at 12°, the exact temperature of Veuve Clicquot’s cellars in Reims and the most appropriate temperature for tasting; it is sound- and vibration- proof: VERTICAL LIMIT is a futuristic creation, and the most remarkable wine cellar ever made.
The past is kept for the future in an avant-garde design

Getting back to our bubbles we were joined for an aperitif by Mr.Felix Bocquet – Quality and Environment Director of VCP (the second man from the left) and one of my favorite rituals commenced shortly after, LUNCH. Lunch lunch lunch with our names printed on our seating Menus and tastes that I will not even try to explain.

Over lunch at Madame Clicquot’s Country House, Mr.Andrea Crippa, Directeur Marketing & RP Internationalfor VCP, gave us a first look at a prototype of their latest design collaboration with Porsche Design Studio which is said to launch in 2009. For more pictures visit Jean Aw's presentation at NOTCOT.com

Discovery of the VCP vineyards

After the glorious food, a walk through the endless hectares of the vineyards followed. Mr. Chrisitan Renard (picture above), the Vineyard Director for the past 25 years gave us a tour of the grapes that are responsible for the unique and grand taste of VCP. And of course even though minutes before I had expressed the feeling that nothing more can go down my throat to my stomach I tasted half the grapes of the location! It was a good thing that we boarded the bus when we did, to be taken to the newest press factory  because VCP would have to declare a vast shortage of production for the year 2008 if I remained there for another few minutes.

The time was 16.00 we were mildly sleepy, happily intoxicated, and beautifully complete on a bus to our last destination for a quite afternoon sleep. Or were we????? If that is where we thought we were going then why has the bus stopped at Airport de Reims? ......tbVCPc