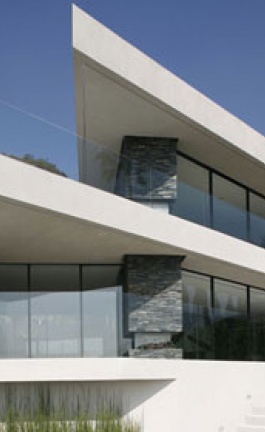 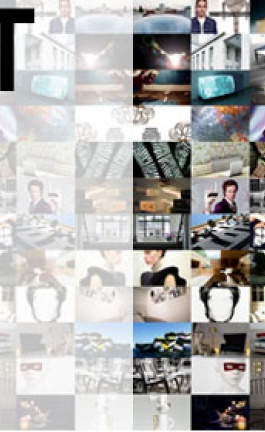 The last chapter of the VCP dream is finally on your screens. A perfect majestic ending to the year 2008.

When we arrived at VCP Maison de Partimoine we got out of the car and while approaching the main entrance laughing and talking I suddenly froze. I was overwhelmed to see my national flag of Greece together with the other three countries of the bloggers raised in front of the headquarters welcoming us with honor and pride. My heart skipped a beat and I can honestly say it was one of the proudest moments I have experienced up to now. I have mentioned many times in the past that nothing less is expected from VCP but at this occasion it is something beyond expectations. It’s about class, style and grandness.

It took me 2-3 minutes for my legs to start walking again, and with a deep breath we carried on inside and had the privilege to meet Mrs. Fabienne Huttaux, the Historical Resource Manager who gave us the archive tour of VCP. We found out that the very first shipment of wine to the United States recorded in the company’s archives dates back to 1782. Philippe Clicquot – Muiron shipped 100 bottles of champagne to Robert & Co. in Philadelphia. Firsts Label to adorn Veuve Clicquot Ponsardin champagne bottles exported to the United States for Bunker & Co. of New York, the brand’s agent for the United States (1834-1858)

Following on, we were taken to the ancient Roman cellars of Reims escorted by Mr.Edouard de Nazelle και την Mrs.Anne Cabin Saint Marcel, Corporate Communication Director. We walked countless kilometers, containing thousands of boutique bottles which, are preserved in a stable temperature throughout the years. While taking this journey from another ‘era’, Karim Rashid’s famous Global light was guiding us through our paths. A symbolism of an epic history that is always looking towards the future.

After the tour had ended we realised that our final day was coming to a close end and the dinner that would follow would be the last of the fairytale. And a true fairytale it was. As in all the stories endings the prince meets the princess at the chateaux and they fly away into the sky. We entered the chateaux’s dinning room with an elongated grand table designed by Andree Putman, with classic elegance and simplicity, paid homage to the intelligence of another grand dame by reinterpreting the famous riding table with bottles of Veuve Clicquot Yellow Label, originally created by Madame Clicquot. An encounter between two visions of modernity. We had come into our chateaux and we waited with holding breath for our princess. Our princess became a queen and carried the name of Madame Cecile Bonnefond, President of Veuve Clicquot.

Madame Bonneford entered the glorious interior with presence poise and aristocracy. I glanced at her charisma as we were introduced, and at some point I said overwhelmingly ‘I am absolutely beautifully overdosed from Champagne. How will I go back to water?’ at that point M. Bonnefond took my hand turned it inside with my palms looking up and replied ‘Yes you have overdosed, but your blood in your veins is not yellow yet.’ With that quote for the rest of the night we drunk and drunk and her determination was strong to get my veins pumping yellow bubbly.

I would like to mention at this point that we were joined for dinner by two sensational individuals Mrs. Carole Bourdil , Brand Manager La Grande Dame and Mr. Edouard Dordor, Brand Manager Yellow Label

In the dinning room there wasn’t a single artificial light present but yet our glow was enough to light up the Chateaux. There were just candles candles everywhere exuberating the natural energy from all of us which were reminiscing all that we had experienced and lived these past few days. A beautiful ending to a beautiful fairytale.

on the road back to Paris, drinking our last glasses of Veuve Clicquot !

As this journey concludes, I would like to take this opportunity to thank every single person that assisted in bringing this experience into reality. The hospitality, the warmth, the enthusiasm and the kindness overwhelmed me. The Clicquot family knows the recipe to get you in to their hearts and make you feel as a member of their family. A recipe which I now know the secret of. It’s purely and honestly what VCP stands for. That glorious bubble is a taste of an original lifestyle that the family wishes to share it with you. Simply VCP.

Allow me to dedicate all the VCP stories to Margot du Besset from the bottom of my heart!