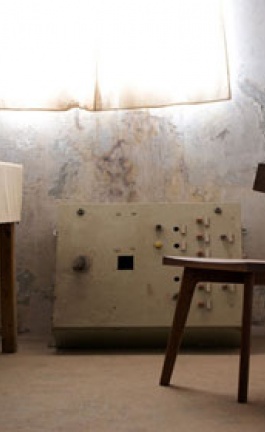 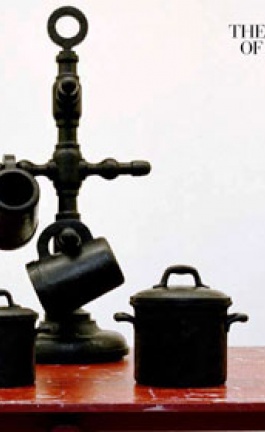 VISIONAIRE 54 SPORT
IN COLLABORATION WITH Lacoste

(One set contains 3 shirts within a book of 12 images)

SPORT is produced as four different sets, each containing three printed Lacoste polo shirts embedded within its pages: one LARGE, one MEDIUM, and one SMALL as well as a book featuring all twelve images.

This issue is a collaboration with Lacoste, currently celebrating its 75th anniversary.

KARL LAGERFELD / MEDIUM
Fashion designer Karl Lagerfeld created a twopart action and character portrait of his late friend, the tennis star and Lacoste founder René Lacoste. The illustration depicts Lacoste in his youth and in his senior years. With this focused interpretation of the Lacoste’s signature tennis shirt, Lagerfeld placed the iconic Lacoste gator over René’s eye. (Karl Lagerfeld)

MICHAEL STIPE / SMALL
Musician Michael Stipe created a monumental two-color photographic image, depicting a crowd at a stadium concert from the perspective of a performer on stage. The chaotic crowd image is covered in an intense red wash that both obliterates detail and accentuates silhouette. ( Michael Stipe)

DAVID BYRNE / SMALL
Musician David Byrne was fixated on the idea of fashion functioning as a tool for navigation. For SPORT, Byrne created a seamless geographic photo collage of the Las Vegas strip in which correspond to bodily organs: travel from your liver to your heart and end up at Flamingo. (David Byrne)

THOMAS RUFF / MEDIUM
Photographer Thomas Ruff’s “JPEG” series plays with the effects of digital image compression and expansion. Ruff applies this enlargement process to an image of the Grand Canyon, which from a distance appears sharp and exact, but at close range, becomes pixelated and blurry. (Thomas Ruff)

Pedro Almodóvar / SMALL
Filmmaker Pedro Almodóvar continued a longtime collaboration with graphic designer Juan Gatti. The resulting work is a collage based on the idea of destroyed movie posters on a wall. Imagery from Almodóvar’s classics All About My Mother, Volver, Bad Education, and Matador can be spotted across the body. (Pedro Almodóvar)

RICHARD PHILLIPS / LARGE
Using a single runway image as inspiration, painter Richard Phillips creates a two-part portrait of model Coco Rocha. The back of the shirt depicts Phillips’s detailed charcoal sketch of the Rocha while the front of the shirt reveals a full color oil painting of the model. (Richard Phillips)

PHIL POYNTER / SMALL
Photographer Phil Poynter wanted to “trap” Angela Lindvall inside the wearer’s body. The resulting work is a photograph of a hyper-real Lindvall donned in goggles and a swim cap, immersed in a tank of water. When the shirt is worn, Lindvall appears to be peering out from the wearer’s chest. (Phil Poynter)