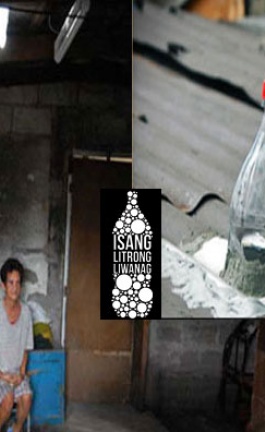 The first day that I was introduced to the Veuve Clicquot family in 2008, it felt as if I was part of it.  Ever since, I continue to have the same feeling each and every time that I'm invited to live and be a part of the Yellow lifestyle! This happened again a week ago, on Tuesday 13th of September, after arriving from Paris to Reims as one of the first guests staying at the Hotel du Marc. This comprised a small reunion three years after the original event which brought us all together for the official opening of the exquisite Hôtel Particulier du Marc, where the Veuve Clicquot Family welcomes its most privileged guests.  Although this is the main reason behind our invitation, due to a small embargo, I will tell you all the details about it in the first week of October....so stay tuned!

Meanwhile, as you already know, Veuve Clicquot is synonymous with some of the most spectacular events in the world, including amongst others, the famous GoodWood Revival...So, after our visit to Reims, we entered a time capsule which took us back to the 40's, 50's and 60's, back to the golden age of motor sport. If you’re wondering how this took place, remember that by drinking Veuve Clicquot, only magical things then ensue!  At this point, I should mention that coincidently on my flight to Paris, watching Woody Allen's "Midnight in Paris" I felt like Owen Wilson changing eras in a vintage car, as if the universe wanted to show me a glimpse and taster of what was going to happen!

But let's take it from the beginning. Our "on the road" adventure officially started on the morning of the 15th of September.  After a wondrous night’s sleep, shower and breakfast at the fabulous 340/341 suite at Le Bristol Paris, it was time to meet our drivers who would be taking us to Goodwood. Each of the guests (Jean Aw / NOTCOT, Ami Kaeloha / CoolHunting, James Davidson / WeHeart, Francesca Arcuri / FrizziFrizzi and the organizer Nima Abassi / Syndicate Media) was assigned to and got into one of the vintage cars to co pilot on the long run to Goodwood! And so we left the capital with our wheels burning the asphalt passing through Clachaloze, Gommecourt, Val-d'Oise and Chaussy. We were driven past castles in the scenic Vexin area where steep cliffs accompany the tortuous river Seine before ending in the picturesque village of Lyons-la-Forêt for lunch and of course champagne at the Hôtel La Licorne, located in a charming Norman village near the largest beech wood forest in Europe.

Seven hundred yellow bubbles later and a further 97 kilometres of driving through Charleval, Pont St Pierre, Amfreville, Herqueville, Les Andelys (with the outstanding chalk landscapes), Venables, Ingremare Hameau and Acquigny, we arrived at The Château du Champ-de-Bataille, a baroque castle built in the 17th century for the Maréchal de Créqui, situated in the Campagne du Neubourg between the River Risle in the West and the River Iton in the East.  This property was bought in 1992, by the famous French interior-architect and garden designer, Jacques Garcia, acclaimed for his interior design of the Hôtel Costes, the Fouquet's and Le Normandy in Deauville to name but a few of his projects. Although we didn't have the chance to see its interior, we did have the chance to get lost in its heavenly "jardin à la française", a style of garden which reached its zenith in the 17th century with the creation of the Gardens of Versailles, designed for Louis XIV by the landscape architect André Le Nôtre.

Despite the fact that we had driven carefully and safely through the multitude of French picturesque villages, the moment we came across these gardens it felt as if we had had a "vintage car accident" and that suddenly the doors of EDEN opened before our very eyes!

The sun had already begun to disappear behind the horizon the moment we left the Empire era together with our luggage and hundreds of magic memories as we headed off to our semi final destination, Ouistreham (the harbor made famous for the first day of the Invasion of Normandy, June 6, 1944, most popularly known as D-Day). Our seafood supper at the emblematic French brasserie at l’Hotel le Saint Georges, was accompanied by more yellow bubbles before boarding ''Le Britagne'', the huge ferryboat  which took us on to Portsmouth.  After our early disembarkation in Portsmouth, we arrived at the Farbridge farm located in the undulating beauty of the South Downs, one of England's finest landscapes to enjoy a traditional English breakfast.  This was accompanied by our donning our period dress (due to the dress code restrictions of the Goodwood Revival).

The Goodwood Revival itself, is a three-day festival held each September in West Sussex and is one of the world’s most popular motor race meetings and aviation shows which recreates the golden era of motor sport between 1948-1966 where all participants dress up like movie stars from that era.  In fact, everything is so carefully designed that you almost feel that you are part of a movie set!  Even I felt like the" Boogie Woogie Bubble Boy" whilst walking around the Goodwood grounds with the Marjorie Belles singing in the background. The aforementioned iconic World War II tune, ranked 6 in the Songs of the Century was performed by The Andrews Sisters in the 1941 Abbott and Costello film ''Buck Privates''...which is in the background playing while you are reading my memories!

Stepping into the private space of Veuve Cliquot and ROLEX is like taking a step back in time into a world completely untouched by modernity where with a flute glass with chilled Veuve Clicquot Champagne in hand, we walked around the "setting", inhaled the fumes emitted from the vintage racing cars while their drivers, famous names from motor sport's past and present, raced around the track like mad!  We couldn't resist not visiting The Earls Court Motor Show with period stands and authentic Art Deco styling which featured 'The Most Beautiful Cars in the World', from the 1930's Bauhaus-influenced BMW 328 to the technology focused 1990's McLaren F1.  Excitingly enough, the 1968 Alfa Romeo 33 Stradale and my favorite 1961 Jaguar E-Type FHC were also in there!

The run to Goodwood came to a close on Friday afternoon. Suffice to say that none of this could have taken place without the precious assistance of my beloved friends and couple Jean-Philippe and Constance Braud Latourrette who took care of each and every problem that we faced, whilst on the road, including getting lost and even forgetting our passports a minute before passport control (Etienne Raynaud... Thanks for not killing me!). At the end of the day, a yellow champagne can always transform a problem into a blessing!

You will all be missed!