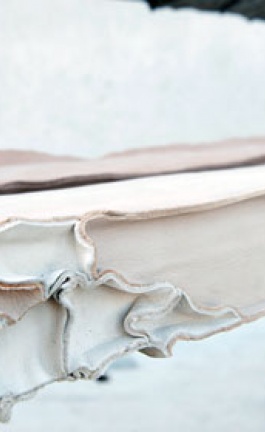 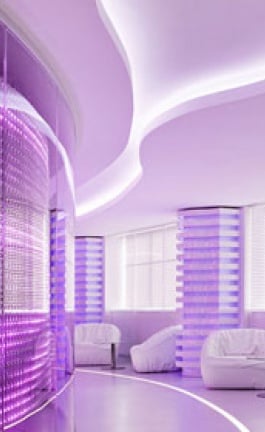 Shot during filming of ''Once Upon A Time In Italy'' (A Contemplation on Antonioni)
Loocation: Ferrara, Italy
Starring: Antigone Gitana (in La Perla)
Director: Mustafa Sabbagh
Photography and styling: © Predrag Pajdic, May 2011

Antigone had been named by her father.  Not that he had realised the power endowed in such naming. But for now the only consideration was the heat of the day, the shade of the conifer and the indentations her body left upon the soft ground. Her secret place, her hiding place, where she was free to lie without covering the part of flesh over bone exposed to the sweet forest air.

In a moment of less than consciousness but more than sleep, the sensation of movement ran through her limbs in the depths of their dreaming. She saw herself walking but fettered behind the bars of buildings she did not know, her robe billowing behind her as she strode amazonian in her dream state to visit and pass along wooded pathways. As she drew closer to the voice that called her, she wrestled in some sort of mental aberration – surely she was alone in this secret place - how could anyone know where to call her, but they were. And she was following.

Each step taken brought her one moment closer, an eyelash of time fractionation ran through her as childless she continued to walk past memories of empty caves, memories of full caves and the caves of expectation. Antigone. It called her and she came.

It had become difficult to determine the direction of the voice but the sun kissed her back and she allowed her robe to drop behind her, revealing the body demanding of ageing to be exposed.

There were rules to her life and her form and she refused everyone of them but here in this mystic wandering, man’s rules for attention and shape spread before her like stepping stones on the grass and no matter how much she refused to walk in a straight line – she could feel the pull, feel the fight within her failing.

On turning a corner, she clearly saw an outline, of her self in other clothing of another time – and watched as the two selves eyed each other suspiciously. Betrayal comes in many forms and the least expected is internal – but here she was, unconsciously creating another version; a version to tie in with the caves of expectation; a self that could lean back into the tree and grow inwards; be enveloped and return to the power that survives above and beyond mankind.

It was herself she could see – a version of three, one searching and wandering, one melting into the substructures of creation and the sleeper. Such petty betrayals led to conscious stirrings whereon she woke, embittered to the devil man’s made ages. In as if by great defiance the grass vowed never to replace the indentations her body had made while she lay sleeping that summer’s sunny afternoon.