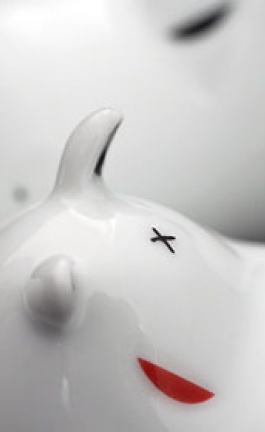 The porcelain Tribu of K.Olin 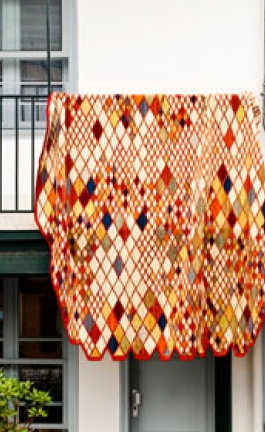 Losanges by Bouroullec brothers for nanimarquina

As the times are changing, sometimes it is of outmost importance to maintain cultural and religious elements which tell a story about a nation; sometimes it’s not necessary to preserve the rituals, but the buildings that these ceremonies were once held in.  It is very common nowadays, especially in the Northern countries that churches are left abandoned, this is mainly because fewer people go to services these days.

Therefore, churches and other historic buildings are asked to be re-used and thus give a new program.  Specifically, in The Netherlands there are hundreds of empty churches which have altered their function and are now given a new program, such is the case with St. Jakobus in Utrecht.  The purpose of the re-use of the church was to re-evaluate this distinguished monument with as little architectural interventions as possible to transform it into a spacious residence.

St. Jakobus stands unobtrusively as it blends in with the surrounding topography and architectural scene.  The church ceremonies and its general operation stopped in 1991; ever since and until 2007 the church was used as a showroom for antique furniture, as well as a meeting place for small concerts.  According to the former use interior alterations had been made in order to support the program, such was the construction of a large mezzanine floor.  The mezzanine floor was an important factor in the reconstruction process for Zecc Architects as they had to modify this construction in order to enlarge the spatial qualities in the church.  The mezzanine floor was partially removed so to emphasize the interesting sightlines and allow for abundant natural light to enter to the ground floor.

Beneath the altered floor rooms have been created which host the bedrooms, a study room and a bathroom.  Indirect daylight is entered through voids in the floor and in the walls thus allowing for abundant natural light.  The vacant spaces which have been formed act as a kind of an inner patio which forms boundaries for the living areas.

The new and modern residential volume has been constructed in such a manner that it is completely detached from the existing church structure. This new detached structure is now regarded as a new ‘temporary’ construction within this historical monument.  This volume can be demolished at any given time if the residential church is to change its function.  The circulation of the residence flows through the temporary volume and connects the open front with the rear of the church where the church alter once stood.  In the back the kitchen is arranged, whereby the kitchen block is standing on its own, the old church pews have been reused by Zecc to create the dining table.  Overall, the volume, as well as the retained fixtures and detailing have allowed for the church features to dominate within the interiors while on the other hand the fact that this church is used as a residence is stated clear.

Zecc Architects modified the church as little as possible; they maintained the existing wooden floor, the stained glass windows and the old doors while they repaired whatever was necessary.  The new white floor construction is kept free from the church walls, columns and arches.  The sleek stucco volume is constructed from steel, wood and sheet material.  Closed parapets guide sightlines and embrace the places of living.  Glass surfaces in the volume constantly offer another insight of fragments in the church. Moreover, they reflect historical elements, which creates a fusion of old and new.

All in all, Zecc Architects have transformed this historical building into a unique single dwelling; it is important that St. Jakobus church was not divided into smaller units which would have eventually destroyed the spaciousness as well as the layout.  Furthermore, the architectural layout of this residence has been treated in such a manner so that future conversions are possible; under any new circumstance the historical St. Jakobuskerk church can easily be converted into a public building, or even be re-used as a church.