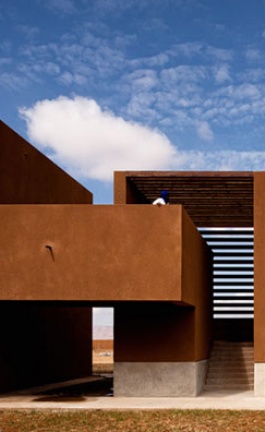 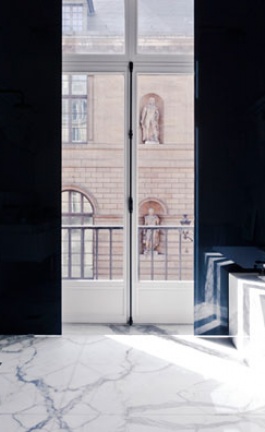 On the 22d May 2012, the gates to the infamous Farmiloe building (34 St John St London EC1M 4BE Area: Farringdon) opened once again in order to host Clerkenwell Design Week, London, UK (22-24 May 2012). Featured in films such as The Dark Knight and Eastern Promises, the Farmiloe boasts an ideal utilitarian backdrop for this contemporary design fair. This year’s event was sponsored by luxury car giant Jaguar and true to form, their participation was particularly unique. A concept car parked in the lobby took center stage showcasing the various stages involved in the model production right from clay molding to final polished bodywork. We were particularly drawn to London based Very Good & Proper (VG&P) with their new Canteen Utility Chair and a recent bespoke version of the chair made from brass and ply wood. An elegant selection of light fittings from newcomers Orsjo also made for a fresh perspective, including the new Baklava lamp by Claesson Koivisto Rune. Other show gems also included the new hi-wing back chair from Hitch Mylius and Dare Studios’ wire group tables. Danish based design studio Muuto brought what can only be described as a hand crafted feel to the show, exhibiting their new range of lounge sofas and accessories. To top the week off a beautiful sun drenched evening with prosecco in hand made for a perfect end to a refreshingly original design week.

The general atmosphere of Clerkenwell Design Week 2012 is captured in the pictures that follow.