The Rooms Hotel in Kazbegi, Georgia 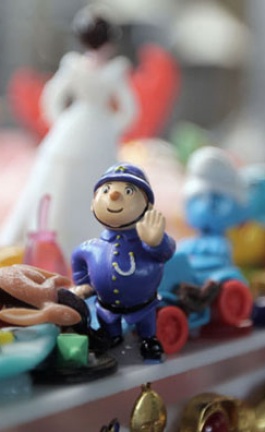 A Former Canning Plant Is Transformed Into A Cultural Center In Nafplion, Greece

The Brazilian designers of Estúdio Guto Requena and the team of architect Mauricio Arruda have joined forces to create the refurbishment of the ultimate Brazilian DISCO in São Paulo. The result is everything that an all night music obsessed clubber has ever dreamed of. The concept of the space was crystal clear from the very beginning to both designers ‘Brazility’, one word that captures all the essence with no further questions needed.  The look of the brief was that of an underground club with exposed pipework and other industrial-looking infrastructure features combined with the use of digital technologies and mixing interaction.

One can honestly say that their brief has been executed 100% successfully. Starting in the main space, the most important & by far most impressive factor of the design is the club’s main ambient which was rotated in order to give prominence to the DJ and his or her decks. Everything was designed around this feature’s positioning which means that when you know that it is all about the music you are more then half way there. The DISCO consists of three bars, three VIP areas, the largest of which is equipped to convert itself into a stage for shows as well as a smoker’s area. The cashier’s desk, of which there are three, minimizes the long queues of expectant clubbers outside.

The amount of structural detailing needed in order to create the different ambience for every room was proceeded with both cleverly and flexibly. For example, the ceiling was lowered above the bars and VIP areas where the mood had to be more reserved. Conversely, the ceiling was heightened above the dance floor, exposing beams and infrastructure, collaborating with the electro-underground mood created by the lighting project. Also an antechamber to the smokers’ area was created in order to preserve the acoustics.

In terms of materials and furniture, everything was selected and custom made inspired by 70’s Brazilian Design. The ceramics in the bars and bathrooms contribute to the identity of the space; where this typically Brazilian material is used in mosaics and colorful combinations of pieces and grouts. New furniture was designed for the VIP areas and dance floor, mixing black fabrics and PVC strings. The sexy, dark, masculine atmosphere is complemented in the VIP area by a selection of vintage armchairs in black leather and wood.

Of course we have left the club’s most iconic feature retelling the space’s twelve-year history to last. This is the tunnel which has been designed by Brazilian artist Kleber Mateus. In order to reveal its history and textures, the present tunnel discloses recollections of the club’s faithful habitués.

And with this as a closing, what else can we say bedsides DANCE BABY DANCE!