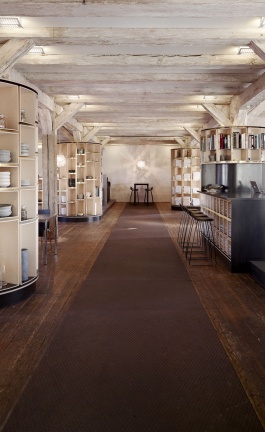 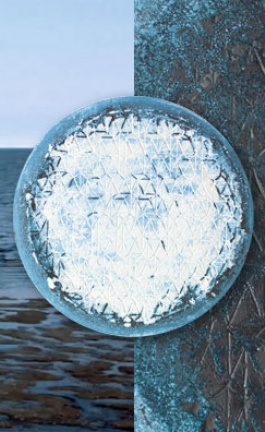 By manipulating the natural phenomenon of gravity, Dutch designer Jólan van der Wiel created the Gravity Stool whose form reminiscent of a magic mushroom is both a functional product and a piece of art as no two pieces are ever the same. The Gravity Stool was presented at the Transnatural group show that is part of Tom Dixon’s Exhibition at Salone Internazionale del Mobile 2012 in Milan at the MOST Museum of National Science and Technology Leonardo da Vinci and at the same time in Ventura Lambrate.

In conceptualizing the Gravity Stool, Jólan van der Wiel explains that he firmly believes in the collaboration between the designer and natural phenomena and this piece proves that he has most definitely mastered this intriguing collaboration. Produced in a machine which the designer invented himself, the Stool is made from liquid plastic coloured with pigments with a whopping six kilos of iron fillings. Once the materials are mixed together in a bowl, Jólan van der Wiel determines the mould of the stool, the shape of the seat and where the chair legs will be formed. He then lets the power of gravity do as nature always intended and take over the end process.

The machine’s magnetic plates act to draw the material up and the legs of the stool are formed. The whole procedure has to be quick as after mixing the different components it only takes around five minutes to harden out. Thus, as the designer explains, the mixture of the materials is a crucial part, which has to be calculated with absolute accuracy.  Earlier this year, the Gravity Stool won the first price at D3 Design Talents at IMM Cologne.  Its functionality is obvious as it is strong enough to support up to 200 kilograms. Interesting to behold, this is a stool in possession of a direct and continuous dialogue with natural phenomena…