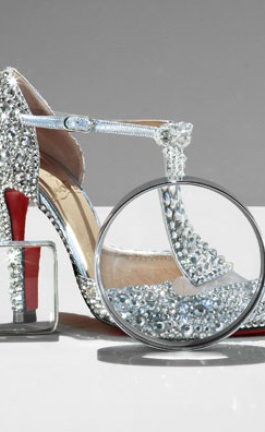 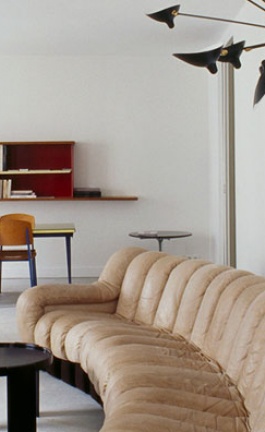 Art can take shape in many different forms and experiences.  A successful work of art can take the viewer to another place completely.  Whether this place is in the recesses of your subconscious, or it is a piece that shows you a part of the world or a side of humanity that was unknown to you before, art expands your point of view.  In this case we have a documentary film that takes your point of view and throws it off a cliff into the Norweigan fjords or teases it across a tightrope connecting two skyscrapers in Paris.

I Believe I Can Fly (Flight of the Frenchies) is a documentary by Seb Montaz that follows Montaz and his group of friends as they travel the world highlining and baselining (walking a tightrope across two very high points and jumping with a parachute from a high building or natural formation). From the cityscape of Paris to the fjords, to the Alps, this stunning HD film provides breathtaking views of nature and a front row seat to terrifying leaps of faith that could make your head explode (especially if you are afraid of heights as I am).  The film is both gorgeous and provocative, infusing a bit of the edgy rock and roll attitude this group of friends possesses. It is clear they have deep ties; they trust each other with their lives.  The adrenaline rush alone is contagious to the viewer as the heavy breathing and wide-eyed expressions are caught with great expertise by the HD cameras strapped to the jumpers’ heads.

Montaz hasn’t had any formal training in film but he was determined to teach himself all he would need to know to capture his passion for this documentary.  He says he used the Internet as teacher and obsessively searched to learn how to achieve the effects he was hoping to use in capturing the jumps.

Spending most of his life up in the Alps, Seb Montaz feels most at home in the mountains.  Skiing, snowboarding, climbing, all of these things prepared him for the ultimate thrill seeking adventure he and his group have become known for. Montaz’s friends are the pioneers, the innovators in the world of baselining and highlining.  As technology evolved and video equipment became less and less cumbersome, it allowed for Montaz and his group to take cameras along with him.  Yet, the cameras alone would be nothing without the intense love for the thrill and for one another that is apparent among them… ''I think making a good film is much more about the story you tell, and the connection you make between your subjects and your audience… and you certainly don’t need really expensive cameras and editing equipment to create this. Passion, curiosity and patience will be far more valuable as tools than expensive cameras.''

It is this undying passion that gave birth to the film that has so far achieved great critical acclaim and a lot of solid recognition across the Internet.  The film was created with no funding or sponsorship but a whole lot of heart and soul.  If you would like to support Seb Montaz, the highliners, and their future projects, you can visit their site and donate.