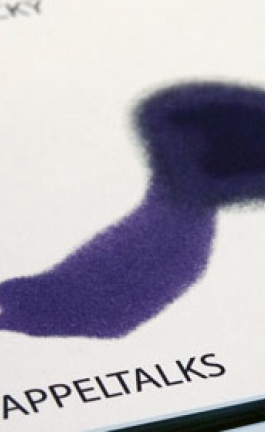 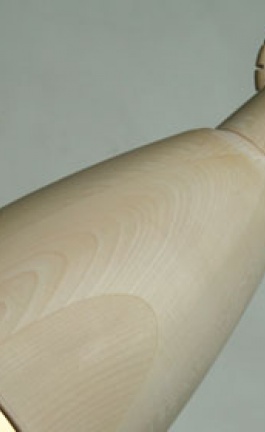 Isay Weinfeld, the multi-talented architect who has brought modern architecture to a new level in Brazil talked to Yatzer about his architectural designs, his writings, and his involvement in cinematography since 1974.  His modern architecture is characterized by the simplification of form and creation of ornament from the structure and theme of the building. Weinfeld is an architect who tends to think outside the box and create simplified yet amazing buildings and interiors by using elements from his natural resources whether they are tangible or not.  Weinfeld is one of those rare architects who uses humor to pick point and stress the architectural and urban problems which face his hometown, the city of Sao Paolo, Brazil; an architect with vast imagination and creativity is about to unfold only a sample of his work right before your eyes!

His simplified modern design forms are very peaceful and relaxing to the human eye; apart from the amazing setting which the buildings he constructs or renovates are usually located in, it is very important to have eye catching designs.  Such designs that are not on the verge of the cliff, nor balancing on the border of exaggeration and extravaganza!  Well balanced modern architectural buildings with an emphasis of horizontal and vertical lines, where the forms are simplified and elimination on any “unnecessary detail” is compulsory.  With no particular design philosophy in mind as Weinfeld claims, he surely has managed to make us believe that there is a philosophy behind these practical and wonderful designs; a philosophy of simplicity and sustainable design.  With the intention of eliminating negative environmental impact completely, through skillful, sensitive design.

With a mind in sustainable design, Weinfeld held the Architecture and Humor exhibit in Sao Paolo, Brazil which offers a critical examination of the architectural and urban planning problems in the city of Sao Paolo in 1995.  When asked what led him to such a decision and what were the architectural and urban planning problems then, and fourteen years later what would he exhibit if he was to host such an exhibition again he simply replied:

It is obvious that in his designs this architect explores different options for the space planning before committing to a specific plan and design.  When looking closely and reading his architecture one understands that this architect has resolved all the design issues carefully before rushing to the construction phase as many tend to do.  Having paid close attention even to the slightest details which will create a lighting effect, give uniqueness by a material used, or by the program, each design turns out to be something unique.   With abundant usage of diverse categories of materials this architect searches for design which will be familiar to the end-users while paying homage to local materials.  Weinfeld creates architecture by having adopted the principle that the materials and functional requirements determine the result.

Elements from his designs add drama and elegance to the setting as if he creates theatrical scenery which will definitely catch everyone’s attention. Such as the passion where the architect uses yellow colored metal sheets which cover a staircase, or act as the chimney to a fireplace.  On the contrary, cobalt blue is his favorite color and he claims that the usage of yellow “is homage to the Yellow Submarine, a dear and important reference to him.”  The graphic design logos with the presence or absence of chromatic colors such as the “havaianas” which instantly draw your eye to the logo and the architecture. And nonetheless, the local exotic plants which create a relaxing setting and yet a great contrast with the all white buildings.  Weinfeld tends to create an ornament not so in the typical sense of ornamentation but rather through the usage of the structure and the theme of the building.   Whether that is through open views to the water, or by creating vast passage ways, or by achieving to create “protection” from the Sao Paolo sun through his majestic shelter shades he attained it all; a Fine Mix in architecture or what he claims as “the relationship I have with my clients".

In our interview he quoted that he “draws inspiration solely from his clients, using the best choice of material for each of his projects,” thus making them unique, not preferring a single project over another but rather “taking assignments that will give me pleasure, so, in the end, they are all and equally dear to me.”  And describes what an ideal fun, fulfilling and inspiring day means to him as a day which he would: “Spend the day on the hammock on the porch of my bungalow overlooking the sea and, at the end of a winter afternoon, walk by the sea in shorts and an old worn-out cashmere sweater. Unfortunately, I still don't have a stray dog to bring along…”  This is Isay Weinfeld.