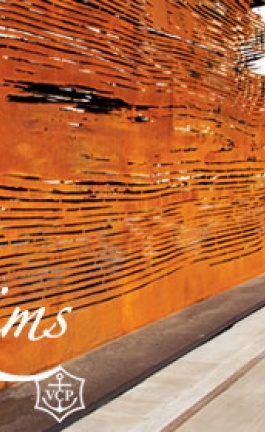 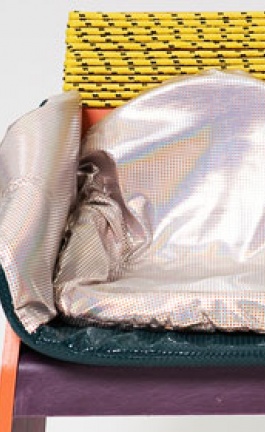 Made in Brazil by Rodrigo Almeida

‘Creativity is all around us – it is something you must constantly work on whereas the more you are surrounded by a creative environment the more creative you become – creativity requires everyday and hard work’ – Welcome to the Creative Sweatshop.

The words of the founders of the conceptual agency ‘Le creative sweatshop’ denote what these individuals do. Ndeur (Mathieu Missiaen) and Make a Paper World (Julien Morin), two French artists, both fond of contemporary art and alternative means of communication join their creativity and talent to create a wide-scope, design studio which is primarily based on modern means and mediums of communication, through the lens of the DIY (Do It Yourself) culture as also as working on paper volume and space scenography.

The creators of the venture have both had a rich previous experience in different forms of design including painting, sculpture, interiors and accessories design as also as a general commitment to the DIY culture.  Specifically Ndeur (Mathieu Missiaen), the designer of the customized stilettos ‘Ndeur’, received wide media coverage from several magazines for his customized shoes which subsequently led to further collaborations with several companies amongst others Fiat, Vans, Microsoft and Coltesse.com for other design projects.
As his nickname suggests, Make A Paper World (Julien Morin),  has been involved in paper conceptions since his early career steps, with him launching his first paper toy in 2007 and later managing the communication strategies of different companies always with paper being his visual means.


Since its conception in January 2009, ‘The creative Sweatshop’ has embarked in a number of design projects among others a paper installation for the ‘Nissan European Communication’ advertisement, the design and creation of fashion accessories for the Canadian designer Haider Ackermann and the NY photographer Tchad Muller, a demo pack for the French DJ Mamz’Hell as well as dynamic photoshoots for Amusement and ION magazines.

The Creative Sweatshop’s portfolio does not stop here as future projects involve collaborations with a number of artists such as Kristian Mendoza, Lenancker Romain and Cristian Ordonez, for carrying out different design tasks.
What is left now is to anticipate the Sweatshop’s new creations!