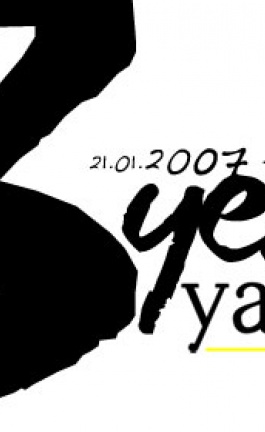 There was something special about the hotel tenants that occupied the rooms on the 5th floor of St George Lycabettus hotel from November 26th to December 13th 2009. No travellers, no businessmen, no families, no closed doors. Rooms were turned into ROOMS 2009 where 25 curators, art historians, choreographers, architects and theatre professionals presented new artists. Organised by Kappatos Gallery in Athens/Gr for the 10th year the exhibition gave the chance to artists and curators to interact with their public, taking the art experience outside galleries.

Despite the fact that ROOMS 2009 “closed their doors” in December 2009, Yatzer decided to “reopen” them to all of you, as a strong supporter of all innovative projects and ideas.
From the very first day and the opening cocktail party that was sponsored by BOMBAY SAPPHIRE gin one could tell that the exhibition would attract an interesting crowd throughout its duration.

Video and sound installations, performances, lights, whispers, projections, sounds, movies, and scenographic interventions were all found in one hotel floor. How often do artists and curators have the chance to work and intervene in spaces, such as hotel rooms? The interest of this project lies exactly in the dialogue created between artists, spaces and the public.

A hotel located in a city centre is a space with a social and urban role, has a specific function and serves various purposes.
A hotel room is a private and public space at the same time.
In this exhibition St.George's rooms were transformed into ROOMS; the artists’ own personal spaces, ascribing at the same time an extra cultural and communicational aspect to the hotel’s social role.

Artists and curators were challenged at a creative game with space. Some rooms were an artwork on their own, such as the entire transformation of a hotel room into a ‘40s film noir hotel room setting for the installation "I killed him for money and for a woman. I didn't get the money. And I didn't get the woman" by Constantinos Taliotis, curated by Yannis Toumazis. Other rooms presented different works of art, exploiting the space in its maximum or in each minimum like the stunning "Self-containers" project by Iliodora Margellos, curated by Eleftheria Tseliou. In both cases, however, all ROOMS were part of an entire system, where mingling visitors each time felt as if they were opening a door to another world.