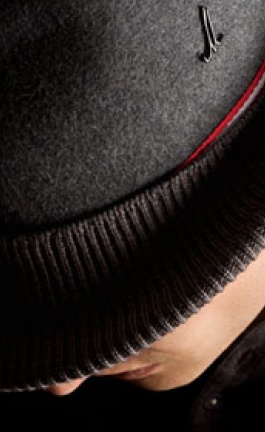 One of a kind limited edition hard graft headwear collection 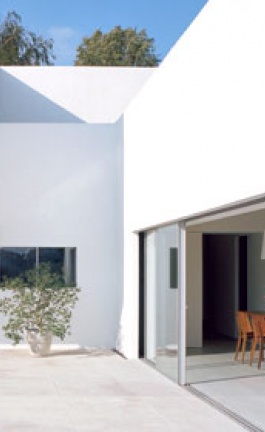 These two artists will join forces for the first time and we believe that the result will be simply striking as the two original exceptional artists will outperform their selves - South African-born, Berlin-based visual artist Robin Rhode and multiple Grammy Award-winning Norwegian pianist Leif Ove Andsnes who is represented by EMI — will collaborate on Mussorgsky’s epic piano suite Pictures at an Exhibition.  Leif Ove will be performing the piano recital, while Rhode has made a series of films that are to be are projected on screens behind the piano in an attempt to recreate the experience of looking at paintings while listening to Mussorgsky’s epic piano suite.

The character in ‘Kadet‘ (Promenade 1,2,3) is loosely based on Mussorgsky’s youth, and relates to his military rank in the Russian army as ‘cadet. The character in the animation reveals the youth on a path of self discovery, his feet grounded onto cubes that truncate as they transform through space. This geometric representation highlights a struggle to define one’s own position in the world; as the cube transcends time its form begins to change as if the ‘Kadet’ has placed the exerting force onto it. The character remains physically suspended, his feet never touching a given ground, thus rejecting reality.  While portraying the path of self discovery we see the Kadet struggling with alcohol problems while denying his problem because he is intoxicated.  In the second part the Kadet juggles a truncated cube with his feet, slowly fragmenting the shape. The meaning behind this is that we begin to lose sense of up and down, right and wrong. The action is circus-like, playful, yet assured, conveying Mussorgsky’s stroll within the exhibition.  While in the third and last part of the Promenade of the Kadet re-appears leaning on the wall or what is the ground, while he is stumbling as if in a drunken state.  He keeps his balance with great difficulty.  This visual component relates directly to Mussorgsky, himself an abuser of alcohol, walking awkwardly towards the next picture in the exhibition.  The music was written in memory of a friend of the com an artist who died early; it describes Mussorgsky's emotions and feelings while walking through the exhibition of his friend's works that were put up in memory of him, and examine the works as he walks past by them. The music has been used and treated many times since, by musicians as far apart as Emerson, Lake and Palmer, Method Man, Michael Jackson and many others.

Another exceptional and awe inspiring project which is presented in Pictures at an Exhibition is Marketplace in Limoges, Chalk Piano (2009) where Mussorgsky movement is inspired by Hartmann’s scenes on painted Limoges.  The Chalk Piano uses Mussorgsky’s movement as a breakaway from Hartmann’s pictures, exploring the possibility of the piano as an instrument that could compose a picture, in this case with chalk if your imagination allows it to. A row of chalk is lined up in the form of the piano keys. As the fingers of the pianist begin to touch the chalk the pieces shift across the blackened space creating starburst lines which mimic the fast-paced rhythm of Mussorgsky’s movement while the pianist struggles to maintain the fast tempo.

Promenade 4 // Apparatus, 2009 is a visual animation that portrays a table as drawing apparatus used by artists and architects in the 16th century.  The function of the apparatus is to place an object or still life on one side of the table; a grid or graph paper is placed on the other half on which to draw. Using the string grid situated in the center of the table the artist is able to view through and scale the subject by using the string grid as an optic scaling mechanism. While the artist draws the rhombus, the three-dimensional image appears on the other side.  Therefore, the object functions as an extension of Rhode’s imagination where reality appears as fiction.  Then the rhombus projects itself metaphysically into space while the artist balances a triangle on the apparatus. This activity functions as a mechanism to deny gravity as the artist’s spheres begin to elevate into space, almost imitating the movement and projection of the drawn rhombus.

Robin Rhode and Leif Ove Andsnes have also worked together on other projects as well such as the film sequence “Opening of the Floodgates” where a piano was  'drowned' in a Copenhagen ship yard last March for which the artist, Rhode had to jump into the icy water to do the filming! (images follow). The project is also known as The Great Gate of Kiev // Mussorgsky’s ceremonial movement, where the visual component titled ‘Drowning Piano’ functions as a powerful motif evoked by Mussorgsky’s processional movement. The piano is submerged in water, slowly drowning as water cascades onto the piano keys, then later into the piano.  The relentless flow of the water into the grand piano acts as a metaphor of purging history. Once totally submerged the piano becomes a kind of lost treasure beneath the ocean. The piano as object becomes an antiquity of our time that at first has been hidden and then finally is discovered before our eyes.

At first glance, the collaboration of these two artists seems like an odd match as it is rare for a concert pianist to be open to such ideas, you see far more commonly artists collaborating for the backdrop to an opera or a dance.  For Rhode  on the other hand it is also his first time working with classical music as he claims that he did not know what a symphony was; as a result, it was for both a new language that had to be learned and a world of modern art history to be discovered! Pictures at an Exhibition is composed of various other projects which Rhode has created and is accompanied by An Andsnes’ piano recital.  The original collaboration was commissioned by The Lincoln Centre in New York, but it had long been a desire of Andsnes to work on such a project.  There will be performances worldwide, including New York, Washington, Houston, Brussels, Hamburg, Munich, Cologne, Berlin, London, Moscow, Naples, Paris, Dubai and Shanghai.

US and European performances will take place in November and December 2009, next year they travel to the rest of the world.