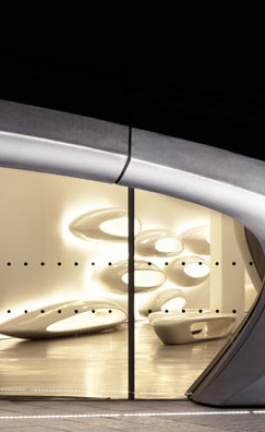 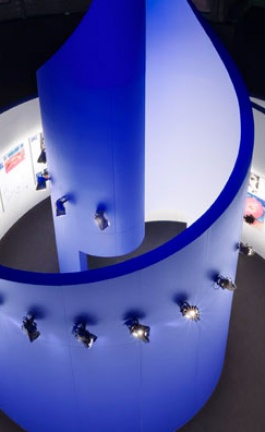 Ikimono Architects have a unique and alternative perception concerning architecture and the city. The relationship between these two factors is very important to them and the understanding between private and public is further developed through their work. To these architects, city life enters the privacy of a residence reflecting the life of the outside, and through the exterior spaces the essence of privacy is interpreted breaking all illusionist barriers between the outer and inner world. To the common man private and public is read as:

Public = having no wall barriers where all can see you and you can be seen
Private = boxed in walls were you can hide from the outside.

It is time for the common man to meet Ikimono Architects were these two words interpret a whole new meaning in their 8 household apartment block 'Static Quarry' project based in Japan.

Completed in April 2011, this structure sits on a 624sqm site area where its main and sole construction material is reinforced concrete; a material that is known for its rawness, strength and bareness. This building was intended to be perceived as a small city made out of single life households (which is the highest percentage of family dwellings in Japan) where its residents become a society of their own. The interaction of the owners, through the structure, was of prime importance to the architects as this was what would determine the private from the public.

Through the design, the architects wanted to achieve a private exterior lifestyle that is achieved by the solidity of the primal structural material. Concrete is the unbreakable solid finish, which can make you feel private even in an open space.  Its strength and compactness gives you the essence of solitude and secrecy. Believe me it’s better to tell all between pure concrete walls, than a fully surrounded glazed form. The architects themselves portray the exterior as having a private life through furniture, lighting and plants. All of these are elements that one can solely associate himself with and feel secure and attached to the space, ignoring walls or barriers.

In the building centre lies a courtyard acting as a form of sanctuary. There is a window in each dwelling which faces this serenity, inviting the resident into this area which belongs to no one. Through this approach, the focus lies on the distance between the dwelling units and the way everyday life plays its part. The waterfall on a rainy day, the sound of the leaves reacting to the wind, and the crunch of the gravel all play a dynamic part in the internal and external relation which is also clearly determined and influenced by the changing of the seasons. Through nature, the courtyard appears more private or public according to the time of change and how this is perceived. The thickness of the leaves on the trees creates secret corners for secret deeds and the bareness of the summer lets you expose your whole true self with your neighbors.

For Ikimono Architects, neighbour interaction is of extreme importance. Through their design they will determine how close or distant the relation will be as a prime source of communication. As they themselves state, there various types of people live in these dwellings; a garden designer, a dying man, an architect etc. and their comings and goings reflect on the relationship between them. The architects want the owners to enjoy each others presence like a natural phenomenon of life. Young or old, healthy or ill, happy or sad, all these private feelings and emotions are circulated daily within the concrete walls of the outside spaces. Hence all your privacy is truly exposed with your society, the only point is how much of those feelings they can see.

The interiors remain true to life. Large windows allow full but selected views of your life and glazed partitions open directly onto the street giving out the essence of directness.

Now to whom this openness is directed and how much of it is exposed is also a risk of life. After all, who determines when we are safe? Are we safe outside where all of our neighbors can see us or all alone amongst our four walls?

Philosophers say that we only feel, believe and trust the expected and elements in life that we ourselves believe in. It is a century where we want to be intrigued by the unknown but most importantly by the new perception of the already known. This project is a definite opportunity to rethink about all the conceptual set views of life within walls and the city. This signifies what is safe or private, who is a friend, what exactly nature is and most of all who determines the rules concerning what I believe in.