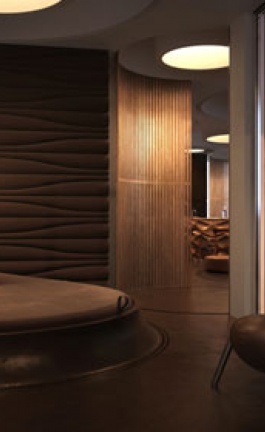 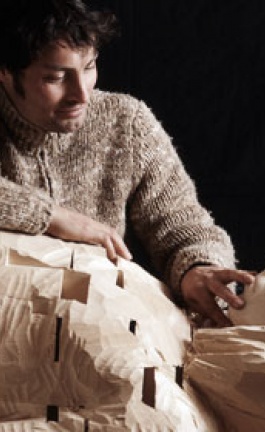 Gehard Demetz bares it all to Yatzer

Although we usually choose to limit the scope of our articles to design innovations and conceptions, yet the unexpected and tragic loss of one of the few fashion design ‘geniuses’ of our times, urges us to pay a tribute to the talented, eccentric, extravagant, to ‘the master of the fantastic’- Alexander McQueen.
Born in London on 16 March 1969, Lee Alexander McQueen was the youngest of six children of a taxi driver and a schoolteacher. Following his early design instinct McQueen left school early in order to take advantage of an apprenticeship in what he loved most. He joined the well-known traditional tailors of Saville Row, in London, Anderson and Shephard and subsequently at the neighboring Gieves and Hawkes. After realizing his inner talent, the young designer went off to work for international fashion houses such as Koji Tatsuno and Romeo Gigli in Milan.

After collecting some experience McQueen returned to London in 1994 to complete a master’s degree in fashion design at the well-known Central Saint Martins in London – and it was then when his star started shining.
His unique talent was apparent since his early steps when his graduation collection at CSM was bought as a whole by the fashion muse and later closest friend of McQueen Isabella Blow. It worth mentioning here, that Isabella Blow committed suicide in May 2007.
Within ten years Alexander McQueen managed to become one of the most influential designers of our time. He has been credited for raising the status of British design as also as leveraging the fashion standards around the world.

His thorough fashion experience also included five years of creative direction in the French fashion house Givenchy, which he left in 2001 to focus on his own line Alexander McQueen, which in 2000 was bought by a majority stake by the Italian fashion Group Gucci. The acquisition was followed by intense expansion and financial support giving the designer the financial freedom to engage into the ‘high-fashion’ that we had been witnessing the last years in the fashion shows of the eccentric designer.

Alexander McQueen was distinguished for his beyond limits imagination and creativity. He was able to mix high tailoring with technological techniques and garments and the outcome was always pieces of art – high-tech fashion that combined vulgarity, romanticism, rock aspects, fantasy and every other way that they could be interpreted; always leaving the guests of his fashion shows astonished. His shows were always extravagant in taste and concept where his dramatic and unconventional creations were presented.

In October’s Paris fashion week critics were overwhelmed and had more than a good word to say.

On 3 February 2010, he wrote on his Twitter page that his mother Joyce had died the day before, adding: "RIP mumxxxxxxxxxxxxxxxxxxxxxxxxxxx." Four days later he wrote that he had had an "awful week" but said "friends have been great", adding: "now i have to some how pull myself together".

Today, February 11 2010 this great talent was found dead in his apartment in London. It seems as if this world urges great talents to go…Yet, he left us with a precious treasure of almost 20 years work to have and remember him… May he rest in peace…