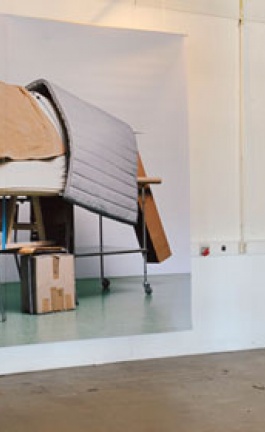 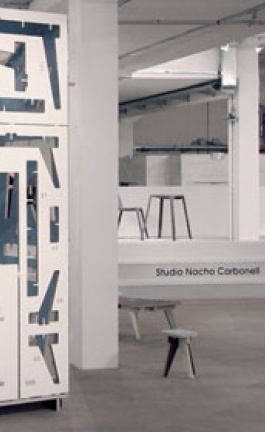 House of furniture parts at Milan

And God created… Ape! Tim Tsui enters the large community of artists inspired by this…lovely animal and offers the world some of the most intriguing art toys. This Chinese artist, apart from excellent toy maker, is also illustrator and graphic designer and his creations are known for their exceptional artwork and excellent finishing details. He was one of the first to incorporate swarovski crystals to his figures and to open a bling bling path to art toys. One can easily see in his designs street style and urban references that transmit freshness and coolness. He has collaborated from Adidas and MTV to Colette and WAD magazine and is constantly gaining in popularity. We took a look at Tim’s latest creations and had an interesting talk with him, exclusively for our readers!

How did everything start?
I always liked toys and art and hoped I could try to build up something together with my skills, something that would combine these two elements. This led me to start making some art toy figures. Besides, I always wanted to try something new and special. Apart from figures, I like painting and sculpture as well. All the aforementioned made me turn into a cross media artist.

Tell us more about the use of the ape figure in your creations. How did you come up with the idea? Is there any direct influence from the movie Planet of the Apes?
I wanted to make something crazy and unexpected and at the same time I wanted to create something different but close to human. I like a lot ape movies like Planet of The Apes, King Kong, etc. I feel ape is crazy enough and powerful, full of energy, that’s why I came up with this idea. I love creating crazy things, just like my last figure that has an interchange robot face.

In many of your toys one can find a certain bling bling influence. That has led you to use real diamonds in some of your toys. What’s the effect you want to produce and what is your opinion about the bling bling mania?
As I mentioned, I always wanted to make something different and new, so I tried to add some swarovski cristals into my figures, to make it more special and eye catching. Then, at the year of 2005, I thought that this was not enough and I came up with the idea to create the most expensive (total 3pcs) and valuable vinyl figure in the world (at that year), so I attached some real diamonds into the figure. Naturally, this really shocked a lot of people around the world and many thought that Tim is a crazy guy… ha ha! Nevertheless the pieces went sold out immediately!

Raw lines and certain aggressiveness form the identity of your toys. Which are your inspirations?
I don’t really get inspired by something when I start to build one; I just follow my sketch and tune in the sculpture.

Give us more details about your collaboration with coca cola for the making of some special pins for the Olympic Games of Beijing in 2008.
I’m really glad for this project. As a Chinese citizen, having the opportunity to get involved to a project for the Olympic Games at the same year that they were held at my country was a big honour for me. Coca cola selected only two Chinese artists – me and Alice Chan- in order to design trading pins for the historic event. Together we designed a total of twelve pins. Each one of them was available at the Olympic Village during the Games. For the design of the Pins, I used my character Da Minci in an initiative to introduce the Chinese zodiac signs to the foreigner.

Your favourite artists? Do you collect anything?
I like Salvador Dali and always quote his saying: “An artist is not one who is inspired, but one who can inspire others”. Definitely he is my favourite one. Right now, I am not collecting anything since I need to clean up the rooms of my house in order to store my works… ha ha!

What are you currently working on and what are your future projects?
Right now I continue with the production of my Da Ape series, I hope it will be released around July, and also I plan to make more paintings for myself.