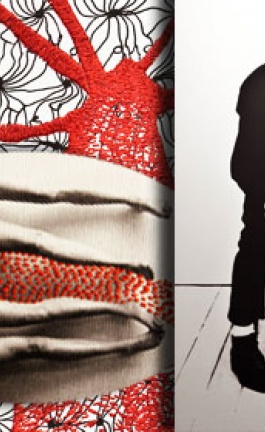 Maria Ikonomopoulou and the art of being pure at "he-art" 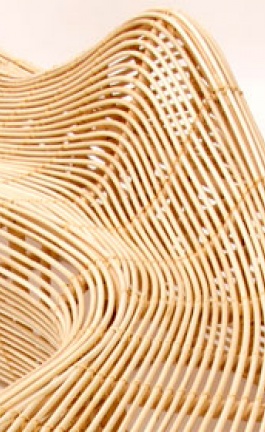 A new Bench-mark in the Design World by Alvin Tjitrowirjo

Architecture is the art and science of designing buildings and other physical structures.  Over the years the designs have changed but the need for shelter has been the same; a place where we seek protection from the elements, a defining space for our families and privacy from the public world.  Architecture is the process and the end-result of designing and constructing spaces that reflect functional, aesthetic and environmental considerations as it requires the use of various materials, technology, textures, light, and shadow.

The Iconic House presents 100 of the most significant houses of the past 100 years.  Dominic Bradbury, author of The Iconic House and Richard Powers, photographer compiled a comprehensive record of the signature domestic structures of the last century.  Houses that define and act as a guide to modern architecture which was not just another style, but it presented a new way of thinking.  Photographed by Richard Powers, this book acts as a highly effective architectural briefing; a catalyst to a century's worth of impressive residential commissions and personal projects.

Richard Powers is widely acclaimed for his architectural photography, and holds a number of significant projects on his resume which have previously been presented on Yatzer.  Interiors such as Donna Karan's Apartment in Manhattan, House of Jonny Detiger in New York which has also been presented on the December 2009 issue of Case Da Abitare, Ayazpasa House in Istanbul, and the house of architect Sharon Fraser in Australia.

The Iconic House is a must for the library of every architect as well as any design lover as it has familiar icons and floor plans of houses such as Frank Lloyd Wright’s Fallingwater and Le Corbusier’s Villa Savoye, as well as rediscovered gems such as Charles Deaton’s Sculptured House and Jorn Utzon’s Can Lis.  This publication builds to a larger narrative of the revolutionary change in 20th Century design.  The book includes residential projects which span across Europe, America, Australasia, Latin America, Scandinavia and beyond.  Iconic Houses documents a wealth of regional variety and invention.

The Iconic House captures and reconsiders the most influential houses by the great architects of the age.  An indispensable survey of 20th Century architecture and the gripping story of a home revolution and a wholesale change in the way we live our lives by design.  How design creates unity in these buildings and creates a link between form, function, space, furniture and the art within each house to represent the architect’s possibilities and the clients taste.

The Iconic House Book is the lead title for 2009 as Thames & Hudson celebrates its 60th Anniversary.  The book was designed with an aim to be the first book on every aspiring architect’s shelf, appealing to those with an interest in powerful architecture and design, as well as becoming a beautifully produced reference work encompassing the best houses of the last one hundred years.

About
Dominic Bradbury is a writer on architecture who contributes frequently to international newspapers and design periodicals. He is the author of Mediterranean Modern and The New Country House.
Richard Powers is an interiors and architectural photographer who concentrates on residential buildings. He was the photographer for Tropical Minimal and Beyond Bawa, both published by Thames & Hudson.