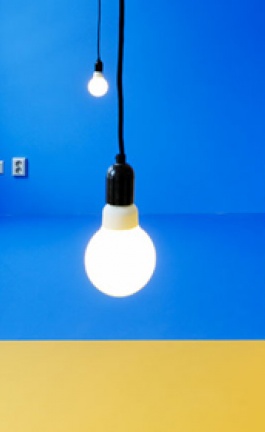 The House of Canvas 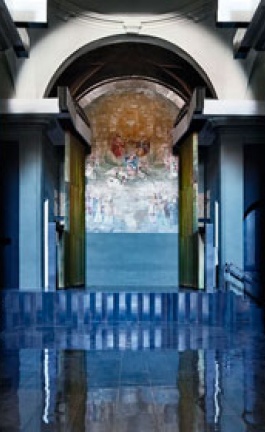 Dear Yatzereaders, let’s meet Chris Vicini, a Sweden based artist that is determined to create just out of porcelain a special world called Idiotheim. His determination is so strong that he even has a very interesting concept behind it. He used the whole Norse mythos (that has its roots in Proto-Norse Nordic prehistory and it flourished during the Viking Age) and took it a step forward. But let’s take it from the beginning..

For the ones of you that are not keen on Nordic mythology, in the Norse Universe there are nine worlds. The most well known are Asgaard (home of the Aesir gods), and Midgaard (Earth). The lesser-known worlds of Hellheim (home of the dead) and Alfheim (home of the Elves) most often use the suffix noun heim meaning home. Chris Vicini’s addition to the Norse Mythos is a brand new 10th world that is called Idiotheim. It is a world where insanity always triumphs over reason and idiots rule. At the same time, it is a world consuming itself even as it struggles to be born. For his Idiotheim series Vicini basiacally tried to examine the human animal as both a rational and emotionally driven being, having porcelain as his basic alias.


As far as inspiration is concerned, Hieronymus Bosch’s “Garden of Earthly Delights” was a strong influence. Chris Vicini says about it: “It is an incredibly detailed triptych, depicting the ruin of mankind and its torture in hell. The painting has a surrealistic tone, which is unprecedented for the time period but was executed with the skill of an old master. One gets the impression when viewing the painting of seeing through a looking glass into the heart of insanity.” This type of insanity is also a typical characteristic of Vicini’s work that often leaves you perplexed, experiencing an awkward type of admiration.

Vicini works exclusively in porcelain, a material that is notoriously temperamental. He thinks porcelain has integral beauty that is without compare. At the same time, he uses very traditional techniques to make his work. The Animal sculptures are constructed of solid clay mass, with armature of paper and wire underneath. When the modeling is finished, the sculpture is cut into pieces and painstakingly hollowed out till only a shell is left over. Props often need to be constructed in the kiln to support the piece throughout the firing. The floral or “Bocage” pieces begin by constructing a hollow under form, which will support the latter additions of the flower elements. Chris Vicini makes the flowers and other individual parts separately and stores them in special containers until he has accumulated enough to complete the piece. Larger works can take over a month to complete.

What about Vicini’s fascination with animals and more particularly with rodents? He explains: “Once again I have used animals as representations of human psychological states. I often use rodents as subject matter in my work.  I am aware that they are held in low regard by most of humanity. At best a rodent is a vulnerable prey animal and at worst a filthy pest. In my work they become metaphorical self- portraits and allegorical representations of humanity.  Historically speaking, humanity has chosen more majestic animals as symbols. Lions and eagles were always popular! The truth is we share far more with these humble creatures that inhabit our cities and even our homes than most of us are comfortable admitting.”
Idiotheim seems a pretty clever idea to Yatzer and, taking a closer look to Chris Vicini’s work, we would not mind at all to spend some days at this far away universe!

ABOUT THE ARTIST
Chris Vicini creates an alternate world in porcelain. His large and detailed figures take porcelain out of the cupboard and put it into our imaginations. American Born, Chris Vicini lives and works in Gothenburg, Sweden. He started of his academic study as an aspiring biologist and this accounts for much of his interest in flora and fauna. Inspired by the porcelain menagerie created by Johan Kändler for Miessen in the 18th Century, he transforms the once bourgeois material into fantastic tableaus that are both beautiful and nightmarish.