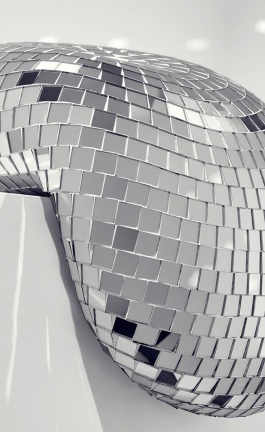 In an attempt to honor and celebrate the 150th  anniversary of Italy’s unification, Italian architects, Italo Lupi, and Milan-based practice Migliore + Servetto Architetti Associati of Ico Migliore and Mara Servetto, won the competition for the LOOK OF THE CITY of Torino 150°.  The special ‘urban outfit’ that was conceived is to be ‘worn’ only during celebrations – but personally, I think it’s a great intervention and they should consider keeping it permanently, as it is very unique, given that it combines the three main colors of the greatest and most renown Italian symbol – the Italian flag.  The LOOK OF THE CITY has changed, and the light installation 'torino + light + Italian colors mole antonelliana lighting installation' will adorn the tallest building in Turin. It was set up on March 2011 and the period of the installation was extended cause it was really appreciate by the citizens of the city.  For the completion of this project, the architects collaborated with the Dutch Electronics Company Philips and the Italian lighting fixture company LucePlan.

The historic landmark ‘Mole Antonelliana’ is adorned with three rectangular steel frames in red, white and green LED lights which are suspended from the spire and float above the dome, approximately 80 to 100 meters high; the perimeter of the tilted frameworks is 168 meters in length.  Enlightened by night, the surface of the rings, 168 meters long, becomes a brilliant Italian flag which hovers over the first Italian capital city.  With such an impressive installation and a carefully thought of design, the Mole Antonelliana becomes a strong resumptive symbol of the celebration as well as a landmark which comes to life once again.

With such an intervention, elegant and discreet, the structure's new adorning installation of colourful rings becomes a main symbol for the citizens of Turin, as it communicates this landmark from the pedestrian level, while reaching out as far as the suburbs and the surrounding hills.  Visible to the overall perspectives panorama, the brightly illuminated installation comes to life at night.

The LOOK OF THE CITY is a comprehensive project that includes the precise intervention with communication signs on important venues of a city that all lead to its main landmark.   Like a game, the architects have managed to communicate major routes from the entering road to the city. “The project had a very diffuse application over the entire city from the suburbs to the city center.  It created episodes, all deeply interconnected, with a powerful communicative force, moving upwards from the pedestrian level to roads to the overall perspectives panorama.” Moreover, the three architects adorned the first Italian capital city with thousands of banners, fabric posters, flags and other decorative elements that appear along the avenues, in the streets and on the façades of the city’s buildings creating a spontaneous reaction both on the part of the locals as well as that of the visitors.