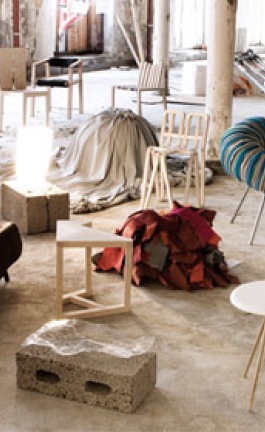 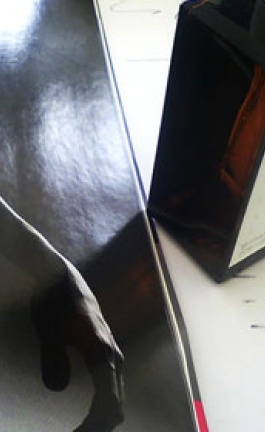 Vassili is the most common and traditional name in Russia. It is also Dima Loginoff’s last concept but it’s far away from being common or ordinary. The designer was inspired by the old Russian shape of baluster and chair bottom of the Rococo times, when that chair was more than a piece of furniture to sit on. Ladies would sleep on those chairs in order not to destroy their high coiffure. Dima managed to give a modern twist to a typical Rococo object, perhaps kind of ironic but above all trendy, stylish and fashionable. Vasilli is a good example of how an object from the past can be transformed with a little help and imagination to a contemporary chic concept.

About Dima Loginoff
Dima Loginoff was born in 1977 in Moscow. Being a professional hair stylist, he has always been very enthusiastic about multimedia and interior designs, photography and drawing. Since its emergence a few years ago, hundreds of thousands of users have visited his web site dedicated to his experiments in web design, animation and photography. At the moment, Dima has graduated the International Design School in Moscow and the British school RHODEC majoring in interior design. In 2006, Dima Loginov won the Best Designer award for an interior object at the Design Debut competition, and scooped the grand prize for his Brushwood carpet at the same competition in Saint Petersburg in 2007. Today the AVANT gallery in Miami is presented Brushwood rug in it's gallery.