Cool Young Designers and The Sexy furniture of Arik Levy 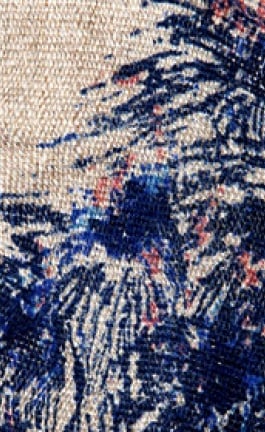 In art I’m equally interested for the aesthetic creations as much as for the attitude towards life of the creator. Vlassis Caniaris was a modern artist, politicized but never militized, who acted undisturbed for the past sixty years, from late modernism to the roots of postmodernism encompassing his exclusive morphoplastic material, the body of history and more specifically of modern Greek history, from the civil war of 1944-1949 till the dictatorship of 1967 - 1974 and the restitution of democracy to this day.  His work was monoid but polyommatus, like that of mythical Argus, reconnoitering the sociopolitical scene inside and outside and taking a position on occurrence.  Acting subsequently as great Art acted:  comforting, but also revealing; poignant, but also construing.  The distinctiveness of his aesthetic overture is in the details; overcome that, transforms a random object in morphological value that transfuses the paltry bits of precious, murmuring any personal history, any laugh or sob in the ears of eternity.

From his first informelles configurations in 1956-1957 on newspapers or drippings on canvas, Caniaris did not describe, he put forward and proposed.  At the age of 30, in 1958 he presented his first solo exhibition in Athens (Gallery "Zygos"), which is historically the first solo exhibition of abstract art ever exhibited in Greece.  All his works were dedicated to the departed of an appalling accident that had taken place in the mines of Marcinelle – Belgium.  The contradiction is that this exhibition was ‘hit’ by pure Marxist criticism as subjective and highly formalistic and praised by the "bourgeois" critics.

In 1959 in Naples and Bologna, and in 1960 a solo exhibition at gallery “La Tartaruga” of Rome, provides Caniaris the opportunity to convert the canvas to space and the image to the object.  He takes works from the exhibition 'Walls' and dedicates them to ‘the Resistance Movement of Athens and the Civil War,’ in the untitled compositions, where the same material now apologizes for its nature and its content.  The scholar of the artist, Michael Fehr, notes: "In the sixties (Caniaris) served in a very personal way the dissolution of the classical concept of the painting and developed his own particular language as a creator of objects.”   Personally, I would add a lyrical user of those objects.

In a 1961 art construction, entitled ‘space in space’ Caniaris defines blue and white vertical lines on a textured plaster surface in reference to the Greek flag,  and then affixes a black box as to erase the effort.  The corresponding ‘Flags’ of Jasper Johns are noteworthy since 1955.  Only that in this case, the ideological – conflicting element and the emotional pressure is more intense.  Caniaris here politicizes even further the famous quote of Seferis ‘Wherever I go, Greece wounds me.’
And all this firmly within the broader research conducted by the European avant-garde from London to Rome and Paris to Berlin trying to articulate his own argument against the advancement of American Modernism: Nouveau Réalisme, L 'Art Autre, Arte Povera, Art and Language are opposing proposals towards versions of Pop and Conceptual Art's coming from the other side of the Atlantic.

1964 is a landmark year: Caniaris navigates to Venice Biennale like a battleship, representing the U.S., Robert Rauschenberg - firmly supported by a host of art critics.  The first prize of the Biennale was the rational consequence.  As a diversionary measure the independent critic and organizer of exhibitions Pierre Restany presents in the historic La Fenice Theater in Venice in July of that year, anti-exhibition "Proposals for New Greek Sculpting" participants were Daniel, Caniaris and Kessanlis.  Cardboard boxes, sheets, ladders, or clothes in wire frames are the "works"; the result was theatrical and scenographical at the same time, as much as humorous and subversive, and has since been classified as disproportionately significant.

Gradually, the artist sets up a human form, anticipating G. Heimonas when he writes in "Enemy of the Poet" that the human form does not exist in nature but is invented in painting.

His next big stop is the exhibition of 1969 in the “New Gallery” in Athens, while dictatorship is raging in Greece and is transferred to the Musée d'Art Moderne de la Ville de Paris in 1970.  His works of 1964 seem almost prophetic; they engage gypsum with military belts, barbed wire with carnations and traces of feet with toy soldiers.

Caniaris makes a striking political statement - he is already a member of the resistance organization "Democratic Defense," while he constitutes the most sophisticated artistic works in the Greek art scene.  His generation, the generation of the 1960’s, whose internationalism is very different to the previous Hellenism of the 1930’s, has brilliant representatives like Chryssa, Takis, G. Kounellis, K. Xenakis, Paul L. Samaras, St. Antonakos, and P. Xagoraris.  Among them, lonely and detached is Caniaris.  An artist who had simultaneously Tsarouchis and Moralis as professors and Duchamp, Pollock or the Brotheraers and the fellow Tapies, Beuys, Spoerri, Rotella, Merz, Vostell, Arman, Richter, Hacker and many more.  It is noteworthy to emphasize the specificity of a true artist who comes from the suburbs but is active and dynamic in cultural art centers such as Rome, Paris or Berlin, using 'native’ materials the “bad question”  that the ancient Athenians charged the tragic poet Phrynichus.  Furthermore, subsequent to World War II we lived numerous instances of a ‘concerted' leadership, which remained in sensationalism or the surface had little to do with activism of Boccioni, or a juvenile poetic Breton.  In our country, and elsewhere, often the sophistication of a form was praised as a revolution, but was merely formalism.  We also know how agonizing the market is when looking for a "new product” and how such a reality creates a kind of production history, which acts parallel to the official.

The real leader comes forward always in direct correspondence with the society that carries it.  And this is the key area of achievement of Vlassis Caniaris, an artist who apposite’s the original codes of leadership to extend expressively while working primarily.  He herein positions the undisputed bid, using transnational know-how to interpret indigenous experience, at that time-and locally-his identity.  That is how his work is the interactive combination of international and national long before any ethnic guide.  And it is this exact component that appends to the exploration of the nature of drama, but also led to the necessary clearance.

Caniaris, in a timely manner shaped his personal idiom as he explored the current morphological characters so that to speak directly and original about his personal experience.  From tachisme and the lyrical abstract of Marcinelle (1956-1959) to the "Walls" (1959), the repoussé, namely dramatized surfaces visually recorded the time of his generation. A sequence of tragic events, the story itself is what triggers the formation, but devoid of this formation being diverted to a figurative naiveness.  Since then the subject of Pop or the cast of Arte Povera is developed - parallel to what happens to the rest of Europe or the U.S. at that time - strategy tools to visualize an entirely personal- experiential mythology.  For this artist, Greece of hydrocephalus development and structural contradictions, of the pathetic dictatorship and the junta, the restoration of democracy, but also the rogue immigrants, from where the third world South is promoted to the advanced Northern Europe, transformed into evocative performances by theatrical mannequins of unique design intelligence, as it happened at the exhibition “Gastarbeiter -Fremdarbeiter ,” Berlin, 1974, “Hélas Hellas – The Painter and his Model”  Multi-cultural space  ‘Fix-Bernier’ 1980, in " Where is North and Where is South?” at the 1988 Venice Biennale, and in the group exhibition "About Homeland” in the House of Cyprus in 1996.

Caniaris was armed with modern history, functioning in a critical and intrusive manner regarding the average taste undermining the current complacency.  This is the case of an artist who has experienced groundbreaking expression and succès de scandale, but also a need to overcome, which resulted in a proposal for the body, which is not a single political or social subject, but an ontological, existential figure.  The figure of loneliness or margin expressed through aesthetic media.

I believe that the “Walls” of Caniaris are the precursors of graffiti and street-art. The mannequins in an ingenious manner join the artist’s articulated model of De Chirico and the figures of Seagal forming an existential proposal, "dilapidated" sculptures across large scale monuments of empty rhetoric and the extravaganza of propaganda. The "Urinal of History" 1979-1980 is addressed in political terms to the "Fountain" of Duchamp (1917) and is a leading postwar work of the Greek avant-garde.  When Caniaris was speaking at a given moment in time, unsuspicious about the pan-European problem of immigration and the dimension of this problem (1970) for the unequal relations between Greece and Germany (1973), the class-toxic contrasting North-South (1988) was in numerous cases prophetic.  However, above all Caniaris reports since 1980 the oversized populism (Hélas-Hellas Greece, alas) by paying to it the root of the upcoming crisis.  As per this, he was one of the few in the whole of Greek intellectuals.