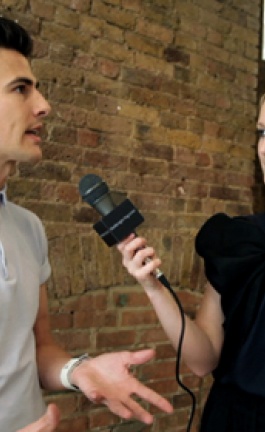 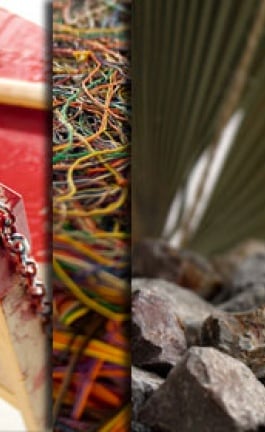 It now seems colloquial, perhaps too natural to visit blogs daily for the latest projects, inspiration and community discourse on what is happening around the globe. Not too long ago, we used to wait for publishing companies to compile work done in previous years into a book format where we felt compelled to purchase in order to learn, educate and strengthen our creative spectrum of ideas. Today, we naturally type in an address or click on a favorite link that transports us into a global array of projects that allow us to further connect with our creative process but also converse with many other design, art, fashion and architecture lovers. It is time for all those eyes to meet and share a full week of design experience together.

The Designer's Association of the Valencia Region (ADCV) aims to position Valencia at the center of the design world. Bringing together work from Spain and Latin American designers, Valencia Disseny Week (VDW) aims to become the center of Spanish speaking design world, including Brazil although it speaks Portuguese. VDW grouped events, workshops, conferences, round table discussions, galleries, exhibitions and a furniture fair ( Feria Hábitat Valencia) to make the city active around the clock for an entire week.  For the first time in VDW, the ADCV held a special invite and epic gathering in the world of design, FEED. The   First International Design Media and Bloggers Meeting   (FEED) compiled the most influential design blogs around the world and invited Yatzer to come to Valencia and experience the city, Valencian design and VDW first hand.

What happened in Valencia???

Day 1 >>
An early gathering in the center of the city waiting for the official launch of VDW with the press. We heard the President of the University of Valencia and the Director of IMPIVA on how important it is for Valencia to become the center of Spanish and Latin American design. We learned a bit on how the community, government, the ADCV and IMPIVA are collaborating to create an environment of opportunities for designers and the efforts of educating enterprises on the importance design plays in their efforts to compete in the global marketplace. From an early coffee and inauguration launch, we headed to the outskirts of Valencia to visit lzf, a Valencian lighting company which we featured a few days ago.

At lzf-lamps we were warmly greeted and received an in depth narrative on their humble history, design process, fabrication and multi-disciplinary collaborations with local designers. We took a look at their prototypes, polywood product and the hands on connection between the products and the people at lzf. Beautifully placed at a renovated old wine making facility, lzf hosted us to a Valencian lunch on their backyard where we had the chance to get to know each other while having an original Valencian paella (chicken and rabbit). After a long, entertaining and insightful lunch, we headed back into the city where we had the typical free time or break many Spaniards take. During this break many took naps, caught up on email and relaxed. Since I am used to my East Coast pace of life, I took on Valencia and walked the city to discover its eclectic mix of architectural styles, charming storefronts and beautiful streets.

By dinner, everyone was hungry and excited for our accommodations where bloggers got to meet and array of designers and studios from Valencia in a tapas meet and greet style by the ocean. We enjoyed getting the quick elevator pitch to their products featured at Feria Hábitat Valencia and seeing the collaborative culture of all Valencian designers. Bloggers carried on conversations on design, culture, travel and our digital experiences while meeting folks from ADCV and VDW volunteers.

Day 2 >>
The FEED group headed to Feria Hábitat Valencia where we got to see first hand the diverse selection of companies representing Spain, Italy and many other European and Asian products.  We were invited to participate in a speed dating style between bloggers, ADCV and RED where the design media sits on a long table and gets to spend 5 minutes with each company as we got to learn about their products, vision and cultural voices through their work. The RED speed dating session was long, funny, interactive and entertaining.

The beautiful video of the Nanimarquina presentation some minutes before the speed dating.

After a chatty morning, we headed into the city to have lunch together and then got a walking tour of Valencia from our translator Carlos. We got to see the influences of Roman, Spanish, and Arabic cultures. We walked the streets and saw the  early gothic style of Lonja de la Seda, the modernist style of the Mercado Central and the Spanish version of Art Nouveau, Estación del Norte as representations of its old history while we also visited Ciutat de les Arts i les Ciencies as their latest futuristic style park.

To finish Day 2 we attended the inauguration of "Uniendo Puntos, Diseño latinoamericano y Diseño español" held at the University of Valencia, an exhibition of designers from Spain and Latin America. Here are some of the work from the exhibition. Look at Connecting Dots for full collection article.

Day 3 >>
More interaction and chats at the Feria Hábitat Valencia in the morning and a chance to walk the vast halls and see what Spanish design has to offer. I can confidently say that the star of the show was Patricia Urquiola's mega space titled "Cosas" here is a few shots from it.

Some HIGHLIGHTS from Feria Hábitat Valencia are posted below:

From the Feria to visit design studio Lavernia & Cienfuegos where we learned what Spanish graphic design and packaging is doing. With a picturesque office and a diverse set of projects, Lavernia & Cienfuegos demonstrated the power and progressive communication coming out of Spain and consumed around the world. Yatzer also visited the CuldeSac studios where we got to hang out with Pepe Garcia and Jaime Hayon. We ended the night under the Bridge of Roses hanging out with Gandia Blasco at the Chiringato 2010.

Gandia Blasco at the Chiringato 2010

Gandia Blasco at the Chiringato 2010

Day 4 >>
After several days at the Feria Hábitat Valencia, Yatzer decided to roam the streets of Valencia and immerse ourselves on its charm, history and people. From Colon all the way to Calatrava's work, Yatzer took on the city, photographed it and Emma Elizabeth from thedesignvlog.com shots some videos which we will publish soon so stay tuned!

This gave us the chance to get closer and experience Valencia from Yatzer's eyes. We later joined the rest of the FEED group at the Nuevo Puerto de Valencia where we have dinner with JM Tomas Llavador, a local architect with exceptional work throughout Valencia. In the late evening, Yatzer headed to the Inauguration of Citynude to discover all the events in the center of the city.

Day 5 >>
After a great week at Palau de Mar in the city, we got moved since there was a doctor's convention and Manchester United staying at our hotel. So early morning we moved to a hotel adjacent to the beach which brought joy to all after a hectic and busy week. We spent the majority of the day doing a very special group activity, making paella Valenciana. The group visited the Mercado Central to roam and purchase the ingredients needed for the paellas. We browsed the seafood, meats, charcuterie, vegetables and many more delight the market offers. After heavy food shopping we headed to Food and Fun to prepare and enjoy our cooking time together.

We obviously got stuffed with food and headed to the hotel to change for ADCV 25th anniversary activity where the past presidents of the organization chatted and shared with us how it all started and how they have grown into this respected entity in the Valencian community. After the insightful evening and week to Valencian design, cocktails began pouring as we chatted with different members from the ADCV. With the excitement of FEED and having the best design bloggers in the world, we couldn't help but discuss the future of FEED and how they see blogging as an integral part in design culture. With a fast moving platform in the internet and the accessibility of information, we shared values in education, economics, marketing and critic discourse that involves blogging in the design culture. It was an interesting conversation that will continue to evolve in FEED and the blogosphere.

Day 6 >>
After a busy week, the last day was spent visiting Valencian studios and chatting with the designers about their work and process. We visited Carlos Tiscar Design Studio, Ramon Esteve Design Studio, Luis Eslava Design Studio and the Lladro Headquarters. Check back in a few days for an exclusive on some of this day.

Well, Yatzer is honored to have been part of this wonderful week in Valencia. We witnessed a design community working together to create a powerful voice that far reaches beyond the Valencian borders. We will cherish the experiences, conversations, bread, paella, charcuterie, the work, designers and most of all, the friendships that will continue to flourish after the Valencia Disseny Week. We would like to take this opportunity to thank Maria Navarro (Manager of the ADCV), Juan Benavente Valero (Managing Director of the VDW) and Carlos Garcia Aranda for being our eyes and guides during this week. Also thank you to ADCV for all the efforts of putting this together and their involvement towards recognizing the value online design media plays in design culture. To all the partners involved to make Valencia Disseny Week 2010 happen and all the wonderful work and hospitality we received from the entire Valencian community. Yatzer thanks you all!