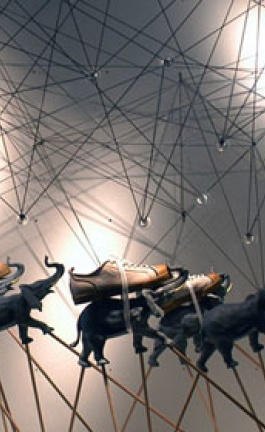 The window displays of ja! studio 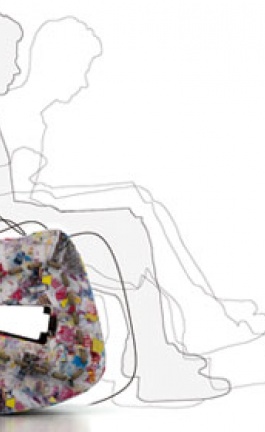 The back-flip project by Mut-architecture

Yigal Ozeri is an Israeli painter that lives and works for the last twenty years in New York. Inspired by the Pre-Raphaelites // artists from nineteenth century England who went out into nature and celebrated it // he has managed with his cinematic portraits to challenge perception and illusion. His latest exhibition at Mike Weiss Gallery in New York is called Desire for Anima, as a tribute to Carl Jung’s concept of the unconscious or true inner self of an individual. His models, at the transitional age between youth and maturity, are vulnerable and at the same time real in an almost dreamlike way. Lost in nature, they come in touch with a part of ourselves that many of us tend to forget.

Some might say that Ozeri’s work is romantic. But it’s a romanticism that hides inside tones of sensuality, like a celebration of the untouchable. And like any celebration of the untouchable, in its core is a celebration of the ideal. In this case it’s naked bodies in a place where they naturally belong, unselfconsciously posing, inviting you to feel their easiness and freedom. Ozeri uses real people and he lets them just be in their natural environment: using a big lens from somewhere near, he captures the spontaneous. Ozeri may be hidden in a safe place and he may keep a certain distance from his models, but it is exactly this distance that lets him intimate, get into the core. He uses fantasy to connect with reality. Those shots are the first step; he then uses Photoshop and sometimes changes the light or the colors, he prints them in large dimensions and does the drawings on paper. In a kind of a renaissance teacher-student relationship, Ozeri works with a big crew that is present in all the phases of the project and is to blame as well for challenging our senses.

The final result is an amalgam of multiple layers that achieve to transmit such a big amount of details that you can even sense the breath of the portrayed girls. Ozeri says that in a world of violence, romanticism and freedom are the answer. Either as a reminding of the beautiful and the ideal or as an effective antidote to everyday harshness, his portraits have a power that disarms the viewer with a smile and makes him want to get lost in a parallel world. Safe from harm, sensuality blooms.

And we simply can’t take our eyes off of them…