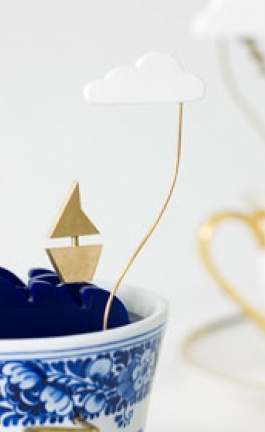 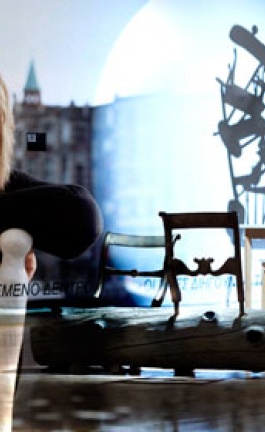 In the mind and heart of Droog design

As a proud owner of a ceramic speakers set designed by American designer Joey Roth, which arrived in my office in the beginning of 2010 as a Christmas gift from "Santa Roth", I was very eager to hear that Roth commissioned nine artists and designers who would modify and reshape his prominent design and I picked out my favorite version of the modified design which was redesigned by Israeli designer-artist Sruli Recht.

As if this were not enough, Roth also asked them to work with their favorite musician and produce a sound track to accompany their speaker’s interpretations.  The purpose was simple, during the show the composed soundtracks were being played sequentially through the corresponding artist's speaker system.  Therefore, this is a case of double curating; Roth curated the designers, and they in turn curated the music which was played from their speakers.

Sruli Recht modified Roth's speakers and amplifier as he completely stripped them, and redeveloped them into cardboard speaker boxes and an amplifier.  As for his music selection, he collaborated with Ben Frost, an Australian musician who is most widely recognized for his experimental music drawings.  To see the rest of the speaker interpretations just visit the official Sounds Like website.  Also, stay tuned as an exhibition will follow shortly in Los Angeles, California; we don’t have the exact dates yet but you could always log on to the Sounds Likewebsite for more information.