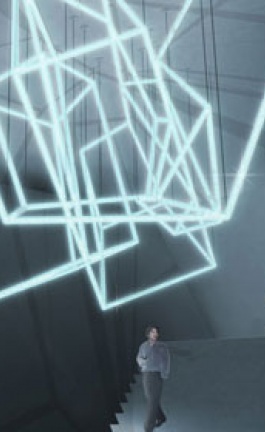 What happens when a young artist from the city of Berlin is invited to participate in a project taking place in a pittoresque Italian village of the Sabina region? (words by Jan Vormann)

Centuries of "Savoir-Vivre" with the "laissez-faire" mentality, visible, for example, in the patchwork construction of the cities´ walls, get intruded by modern shiny material, kids toys, setting a contrast in the thick grey stonewall of the narrow lanes.  Plastic construction pieces in all colors, between old stones, partly from Roman timeperiod, partly consisting of red bricks and grey aerated beton used for filling holes, neglecting any unity in visual appearance, subordinated to functionality.  The colorful and shiny polished plastic, worked into this dust-covered grey patina of diverse construction material, adds the modern touch of colorful design while distracting from and intriguing the serious life securing function of these walls: durability.  The sleepy little village of Bocchignano, where life revolves in fixed traditional patterns, by some seen as a dying relict of the past times, is now introduced into our present, the short-breathed and plastic-designed twentieth century.

another project by Jan Vormann for Destructif Modernization (August 2007) in  Lodz, Poland.