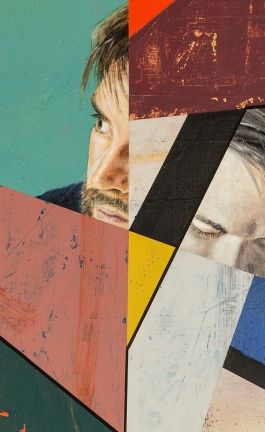 Strook: Reclaiming the Old by Turning it into Art 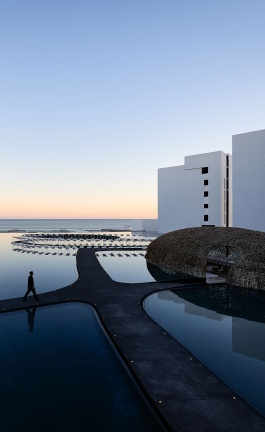 White Mirage Out at Sea: the Stunning Mar Adentro Hotel in Mexico

While the Yorkshire countryside may seem like an incongruous place to encounter KAWS’ giant, cartoon-like characters, their existential weariness actually makes them seem right at home brooding among the expansive parkland of Yorkshire Sculpture Park in Northern England. The exhibition, the first for the Brooklyn-based artist in a UK museum setting, brings together 20 sculptures created over the last ten years, which as dystopian variations on beloved pop culture icons, are monumentally displayed at the gallery’s lakeside gardens and its indoor spaces along with several of the artist's paintings.

Combining Jeff Koons’ playful grandiosity and Banksy’s cheeky irreverence with a Warholian mastery in re-appropriation, KAWS’ practice brings together elements of street, pop, commercial and public art in a body of work that ranges from fine art to graphic design and branded products. To get an idea on how KAWS, real name Brian Donnelly, has come to masterfully juggle art, design and commerce, one only needs to explore his background. After spending his formative years in New Jersey graffiti-bombing trains and walls, Donnelly moved to New York where, in the 90s, he developed a distinct visual vocabulary as a street artist overlaying billboards and ad posters. It was then that he adopted his KAWS moniker and conceived his signature gesture, a soft skull with crossbones and crossed-out eyes, which would form the template for all of the pop culture characters he has since created. His subsequent stint as a freelancer for animations studios—including Disney, whose iconic character Mickey Mouse would be the inspiration for his first and most prolific sculptural character named “Companion”—and as a street artist in Japan where he also created his own brand of collectible toy figurines (Original Fake, which he closed in 2013 as it was taking over his life), perfected his skills in reclaiming popular imagery for his work.

Yorkshire’s bleak weather inadvertently yet poignantly complements the weary disposition of the six monumental works exhibited in the lush landscape of the Sculpture Park. Rendered in natural or black-stained afromosia wood and measuring between six and 10 meters in height, they all display KAWS’ signature skull-and-crossbones motif while channelling beloved cartoon characters. The figures, both familiar in their likeness to pop culture icons and alienating in their disheartened postures and grotesque faces, walk a fine line between the playful and the bleak.

“Small Lie” (2013), the highest and most imposing of the group, an amalgamation of Mickey Mouse and Pinocchio featuring a long nose and short dungarees, stands in a stooped posture, towering yet powerless, perhaps in despair for despite having grown up he is still made out of wood. The Disney-esque character in “Final Days” (2013) seems to just as distraught seen stretching out his hands as if blind making his way through darkness, “At This Time” (2013), where he is seen covering his eyes out of bashfulness or shame, and “Good Intentions” (2015), a new work specially made for this show, where he casts a more solemn, parental presence comforting a kid-like figure clinging on to him.

The exhibition continues inside the Longside Gallery where sculptures of smaller scale (yet still bigger than the visitors) are displayed alongside several paintings of intense color and abstract composition. The figures, cast in bronze, fiberglass or aluminium, constitute a motley crew of cartoonish characters such as “Accomplice” (2010), a 3 meter pink Bugs Bunny-like creature with a white bib, bow and cute cotton ball tail, “Companion (Original Fake)” (2006) —which marked KAWS’ first foray into full size sculptures—a half skinned figure with one side revealing its human-like innards and “Chum” (2009), an electric pink mutation of the Michelin Man.

As impressive are the artist's two-dimensional work on display such as “Survival Machine” (2015), a series of five acrylic paintings with a height of almost 3 meters that span one wall of the gallery. Based on sketches developed with Illustrator software and created freehand on canvas as a sprawl of abstract, graffiti-like black lines and patches of vibrant colors on top of which hovers a cartoon figure, they round up a body of work that masterfully lifts contemporary visual culture into fine art.