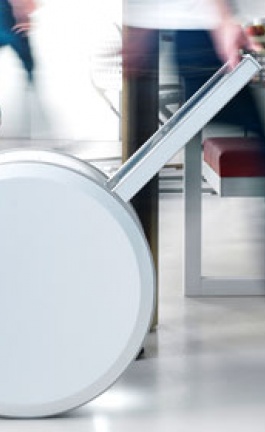 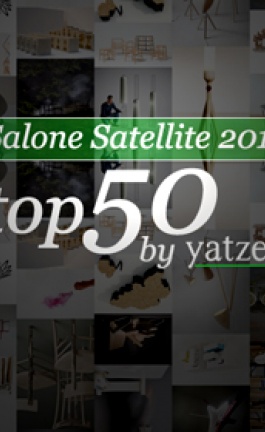 Ah, Saint-Tropez. Words synonymous with glamour.
I love to write about design in beach towns, tropical islands, warm places that inherently ooze sensuality.  Loose clothing, tanned flesh, breezes off the sea.  It’s almost an unfair advantage to anyone who is given the task to design something appealing in such a setting.  Everything is gorgeous when illuminated by the sun.  Yet, I have found there is a true skill, a born talent that a designer must possess when creating in such a setting… a restraint, a certain delicacy as to not overpower what nature has provided and a resourcefulness that will enhance that very same gift of nature.   The most successful ones use their surroundings without hiding them –or hiding behind them. The most successful ones are brave enough to make these elements of the earth their own within the seamless marriage of design and nature.

The French Riviera is bountiful with beautiful hotels but it is the newest addition to this jet set destination that has recently caught our attention.   After the wild success of their first project, Hotel Sezz Paris (opened in 2005), hotelier Shahe Kalaidjian and designer Christophe Pillet felt compelled to head to the beach.  There was a need to cultivate their brand, to tell a different story, and so Hotel Sezz Saint-Tropez was born in 2010.   “We are not trying to reproduce the Parisian concept in Saint-Tropez,” says Christophe Pillet “Imagine both of us as writers who are telling two very different stories. Hotel Sezz Paris is an urban story and the next volume is a vacation story. The only point in common is that it is the same writers with the same style and vision.”

Where Hotel Sezz Paris is urban and sharp, Hotel Sezz Saint-Tropez is a lavender breeze.

Architect Jean-Jacques Ory built the hotel in a quiet park surrounded by lush greenery.  Ory developed his plans in compliance with International ecological building practices in an effort to evolve the oh-so common luxury resort that is commonplace in this part of the world.  The intention at Hotel Sezz is that the guest will have an entirely new experience from the moment they arrive.  The need for a formal check-in reception desk has been eliminated. Rather, a Personal Assistant welcomes the guest and explains that they are your very own host for the entire stay.  Think butler service meets concierge.  It’s all about personalized hospitality and attention to the small details.  Luxury is redefined at Hotel Sezz.  “…It is a modern and articulate reinterpretation of the region’s typical Provençal style.”

And I haven’t even gotten to the best part yet.  While Hotel Sezz is only 250 meters from the beach, it was built in a secluded area of a park covered in greenery.   It is intentionally isolated from the buzz of Saint-Tropez so the guests can choose for themselves what it is they want out of their holiday.  Like a hidden treasure, the property unfolds under palm trees, with a crisp swimming pool as the centerpiece.  Rows of lounge chairs and tables at which to sip champagne are mesmerizing, it seems they are there to hypnotize; “you are here to lounge. You are very sleepy.”

The design is clean and modern with a beachy twist.  The poolside bar (as well as the restaurant) is built with light gray sandstone (found locally) and stained wood.  These details give the hotel a “lived-in” appeal.  This balances out the modernism of Christophe Pillet's glossy vases, sleek lighting details, and curvy, clean, “futuristic” seating.  Pillet has a gift for working with primary colors and wood grain without ever crossing into the dreaded “unhip” territory.  The rooms can, in certain instances, be a call back to the 1970’s, but it never really “goes there” because of Pillet’s gift for edgy shapes (his domed ceilings, for instance).  Pillet easily infuses a “grown up” room with a lot of playfulness.   The clear showers for two and the bathtubs are an absolutely delicious reminder that hotel rooms are meant for adventure.

As the newest member of Design Hotels, Hotel Sezz would not be complete without a spa and an acclaimed chef at the head of their restaurant, the celebrated Pierre Gagnaire.  In keeping with the tradition of its location, Hotel Sezz does not disappoint in the glamour department.  It is 37 rooms of refinement and grace.  A “vacation story” for those weary urban warriors that long to be lost in the woods of the French Riviera.