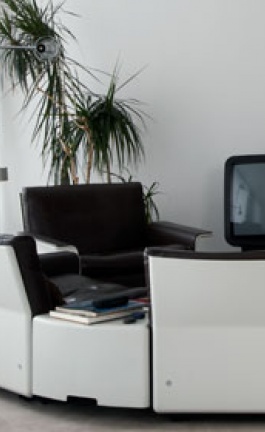 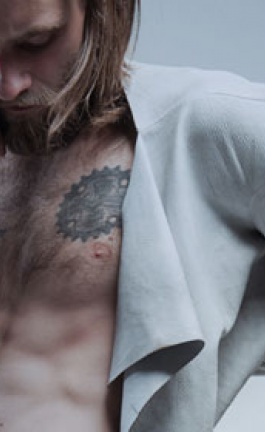 By The Tides By The Waves

In an age where objects have become so disposable and last year’s products are often characterized as obsolete, it’s rare to find someone like Philippe Malouin who still firmly believes in the permanence of an object. Yatzer visited his studio in London to discover that Philippe Malouin, the Québec born furniture designer, enjoys spending a long time on a project. Living in the fast changing design world that we inhabit, we caught up with Malouin and discussed his source of influence and his passion about the process of producing with research always being at the forefront, as the driving force of his practice.

A studio visit is an intimate event. You experience the designer’s working environment, monitor the various little things that lie around his desk, go through the books he keeps for reference and above all you witness the way he works. His mixed background made him realize the importance of a challenge. To him, it is nearly impossible to design something better than the Modernists, so the challenge is to try to achieve something different. Working as an assistant to Tom Dixon in 2008 proved to be extremely influential experience. “It changed my taste. The most important part, whilst working with those people, was that I learned their set of references and things that were not design related.” His horizons opened up and became less design-centric with art becoming the number one source of influence. ''The interesting thing about art is that it is open to interpretation. Sometimes there is a little description but you can still make your own idea of what you think it is or what it means. Design puts it in a box for you and I find art much freer,'' he explains. Besides, he adds, “Art doesn’t have an assembly guideline.”

An example of how art plays a pivotal role in Malouin’s design manifesto is the Thermal Till Paper Vessel project, (watch the video) which emphasized the experimental and performance related element of his work. It took place in 2010 at the Kunsthalle Wien Project Space Karlsplatz during the Vienna Design Week. Here, Malouin used rolls of paper from cash registers to make bowls. ''The paper project didn’t have an end result that was a usable thing. We were doing live research…I thought the interesting part was that it was not about the finished product''. The bowls which when heated turned black will be further tested with the hopeful eventuality that they could lead to porcelain products.

Experimentation was further explored in one of his most recent projects, the  Yachiyo metal rug for Beirut’s Carwan Gallery. ''For the last year I wanted to explore metal as there are various themes and variation that can go around it. It was a new process that we learned and was very industrial. We looked at simple metal wire before it’s coiled and we were wondering what we could do with it. We tested it extensively and played around. It was months and months of research''.  This handmade rug which needed more than 300 meters of wire and 3,000 man hours to make, is inspired by the Japanese ‘12-in-2’ chain mail method.

''This chainmail has resistance and it’s much more interesting. It has a structure but it’s extremely soft and at the same time indestructible, something that is really interesting''. The Yachiyo metal rug is so strong that can actually survive a nuclear attack Malouin explains. ''The permanence of an object and the fact that it could be with someone for their life is a good idea to explore''. The rug also creates an interesting 3D visual effect, which further permitted to play with the idea of perspective (Presented at Yatzer// V.O.W N°22(Video Of the Week, 30 May - 5 June 2011).

It is a perfect example of what Malouin is after; and that is permanence and durability. ''Production for the sake of production is not that interesting to me'', he explains. He’d rather take his time and therefore avoids producing objects for the sake of producing. ''I guess that is a statement,'' he says. Besides, he adds, ''When a product comes out, you can see and feel how much work went it to it and you can appreciate it.''  But for Philippe Malouin, the history of a product is equally important. ''It’s like going to a farmers market and buying your food from there. It’s important to know how it was produced and where it came from''.  He likes it when people can understand where something is made and he likes to show that in his products. ''That is why we try to document the process,'' he adds.

Forming ideas from the start is not something that he normally does. He also doesn’t like to categorize or dictate things. ''I get a flash or I see a picture that is really interesting, but I rarely form ideas from the start''.  To him, there are objects that are perfectly designed and don’t necessarily need to be redesigned. For instance, for his Standard Range collection, where he used the Vitsœ shelves, which are designed to fit those wall-brackets, he didn’t try to redesign them. ''I believe in standard components and when things are perfectly made it’s reasonable to take them out of their context and reapply them''.  In this way, Malouin used everyday materials that are sold worldwide and reinterpreted them.

During our studio visit we couldn’t help but not notice the ever-present mannequin installationwhose threads extend from the head and gently attach to a wooden square frame which raises high expectation for Malouin’s new project. His cryptic response about the fashion brand behind the commission only enhances our anticipation for his next step.