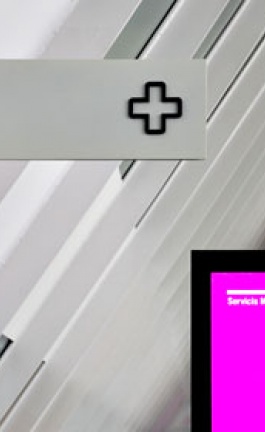 Leading the Path by BOSCO An Abandoned Men’s Club Is Now a Home

The Museum of Contemporary Art (MOCA) in Los Angeles presents Suprasensorial: Experiments in Light, Color, and Space, the first museum exhibition to situate pioneering Latin American artists among the international canon of those working with light and space. The exhibition will present Latin America as the source of new ideas about the nature and function of art through the re-creation of important large-scale installations by five highly regarded and influential artists: Carlos Cruz-Diez, Lucio Fontana, Julio Le Parc, Hélio Oiticica and Neville D’Almeida, and Jesús Rafael Soto. Organized by MOCA Senior Curator Alma Ruiz, Suprasensorial: Experiments in Light, Color, and Space will be presented from December 12, 2010, through February 27, 2011, at The Geffen Contemporary at MOCA. The exhibition will travel to the Hirshhorn Museum and Sculpture Garden in Washington, D.C., from June 23–September 11, 2011.

The exhibition aims to illuminate the field by expanding the dialogue surrounding Light and Space practices in contemporary visual art beyond the California tradition of the late ’60s and ’70s to include pivotal Latin American impulses expressed more than a decade earlier. Like Southern California–based artists Peter Alexander, Larry Bell, Robert Irwin, James Turrell, and DeWain Valentine, the artists featured in this exhibition may be better classified as inventors rather than as painters, sculptors, or photographers. Each has conducted groundbreaking investigations of human perception and sensation, consistently challenging preexisting standards of art as a static two-dimensional experience in ways that have provoked new and extraordinary levels of viewer engagement.

“I hope the exhibition will fulfill the artists’ original intent—to make the art experience accessible to a wider public /// By becoming active participants, rather than passive viewers, museum visitors will take part in the creative process, a step that the Suprasensorial artists considered essential to the completion of their artworks.”
MOCA Senior Curator Alma Ruiz.

The five large-scale environments on view in Suprasensorial: Experiments in Light, Color, and Space exemplify the artists’ embrace of light, color, and space as art materials as well as their interest in forging a new object-viewer relationship. Conceiving works that require the active participation of the viewer, each sought to engender a sensory experience of art that goes beyond the aesthetic. This immersive encounter, which Oiticica described as “suprasensorial,” was intended to shift the viewer’s position vis-à-vis the artwork, bridging the distance between spectator and object, demystifying art by making it part of everyday life. The viewer no longer need stand in front of an artwork, as with painting, or walk around it, in the case of sculpture, but should enter it, becoming fully engaged in a kind of “sensorial exaltation.” Insisting on the viewer’s presence as necessary for the completion of the work, each of the artists in Suprasensorial makes him/her an indispensable part of the art-making process.

The artists in Suprasensorial: Experiments in Light, Color, and Space come from Argentina, Brazil, and Venezuela. They do not necessarily conform to a generation, a movement, or a style. Working independently or with collaborators in South America and Europe, Cruz- Diez, Fontana, Le Parc, Oiticica, and Soto developed successful careers in painting and sculpture as well as pioneered new genres that involved less conventional art-making methods and materials. They have been recognized, and celebrated, for their contributions to Spatialism (Fontana), Kinetic and Op art (Cruz-Diez and Soto), Light art (Le Parc), and Concrete and Neo-Concrete art (Oiticica). Their work has been seen in retrospective, historical, monographic, and group exhibitions in Europe and Latin America and, to a lesser extent (though with increasing frequency), in the United States.

A highlight of the exhibition, Hélio Oiticica and Neville D’Almeida’s Cosmococa—Programa in Progress, CC4 Nocagions (1973) features a 90-centimeter-deep swimming pool installed amid colored lights and multiple wall projections of John Cage’s book Notations, a collection of music manuscripts, covered with lines of cocaine. The water presents a dynamic surface where the movements of the swimming participants are integrated into the work in a complete reinvention of art as an immersive, sensorial, and interactive  experience. For MOCA’s presentation, the public will be invited to swim or lounge in the heated pool during museum hours, supervised by a lifeguard. Changing rooms will be available for visitors who bring swimsuits, and the MOCA Store will offer a line of disposable swimwear. Towels will be provided.

The exhibition will be accompanied by a generously illustrated 148-page catalogue featuring an essay by MOCA Senior Curator Alma Ruiz, who presents a context for the development of this work in Latin America as well as an analysis of each piece featured in the exhibition. The publication will also include a selected exhibition history and bibliography for each artist.

Suprasensorial: Experiments in Light, Color, and Space is presented by Fundación Jumex.