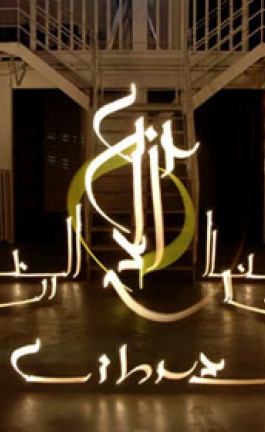 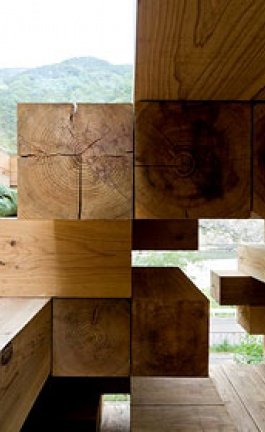 Do you remember mr.Truth?
On Saturday the 19th of January 2008, yatzer featured exclusively an interview of him. If you  don't remember, please read the following text:

<< He says that Truthtag- is a multileveled urban experiment. He started usign product wastes and recycling them, but now he is working on different projects like the “black bench in the woods“.
TRUTH - is a pseudonym of an urban intervention artist , painter and sculptor but officially behind the TRUTH there is an industrial designer who was born and lives in Wroclaw , Poland.  For six years he has been acting on the streets under the pseudonym TRUTH. In 2004 he started working on a three-dimensional project Truthtag – placing what is old and proven in new contexts. His works are changing form, style and meaning depending on the situations and places. He wants them to be ephemeral, and work as an impulse for the passersby.

The place of his installations is very important for him. . It is the place which makes it all come to life . He observes what’s going on with his works, how people treat them. How environment and weather modify and affects on them. In the constantly changing urban view he tests citizens perceptive potential and reactions.

Most of his works discretely sabotage and soothe uncontrollable element of degradation and accumulation. Suddenly , out of nowhere, on the plane of the wall or on the patches of mould appears a growth of pure geometry, minimalistic composition of simple forms.

At the moment, he is working on the series of projects that question and twist reality. He is interested in how do they interact with the surrounding, as a paintings and objects. They are little cracks, displacements. He wants them to look perfect and unreal, almost like a 3d computer visualization that strikes passersby with its perfection.

One of yatzer's favorite new installations by Krystian, was destroyed by firemen & police and lasted just one day even though it was done during the art project/festival "among the islands" in Wroclaw. The second installation inside the park's tree "lived" only one week.

Although these installations didn't last for a long time..their photos will last forever. Enjoy them!