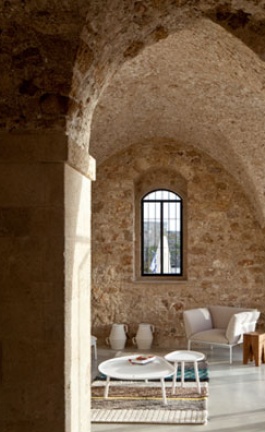 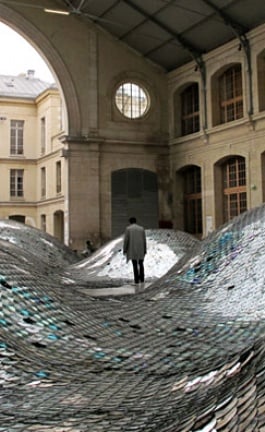 Our world is full of daring people. It is the passion and determination of these people that continue to inspire many of us by developing and implementing things that captivate our senses. 'Gulp' is a world record breaking short film by Aardman Animations and Wieden + Kennedy for Nokia.  Only shot with the Nokia N8 and highlighting its 12-megapixel camera, Aardman's creative team Sumo Science, Will Stud and Ed Patterson, venture into a public beach to shoot the largest stop motion animation film ever. How can the world's largest stop motion film be shot with the smallest of cameras? This week's V.O.W (video of the week) brings you a behind the scenes look at the process, team effort as well as challenges that made this possible.

>> Sand In Your Eye director Jamie Wardley, choreographed a team of sand artists and 30 art student volunteers to create gigantic sand drawings with precision timing that had to be smoothed over and re-drawn every 4 minutes to stay on the tight schedule dictated by the spring tide. The team were shooting up to 75 frames per day and each time the sand had to be raked over in order to create the individual drawings for each frame. The shoot lasted for seven days including one night’s shoot.<<

Three Nokia N8 phones elevated 36 meters above the ground on a cherry picker on a beach in South Wales, UK, shot a canvas of 42.71 meters x 24 meters creating the ‘World’s Largest Stop-motion Animation Set’.  Shooting high resolution JPEG's, they compose a sequential narrative that is later composed into a linear timeline that renders this fascinating technique into a film. Shooting the film with Nokia N8 phones is not the biggest challenge here but shooting outside in an uncontrolled environment is tough job for stop motion which requires careful planning and controlled environments; this makes this project a fascinating from many angles.

With only two physical props, the boat and a pixelation artist, the team recreates the various scenes using the sand as their canvas. Utilizing professional sand artists, they are able to plan and make use of large stencils to compose these large and beautiful illustrations.  This is a great project for the creative community at large. 'GulpGulp' is a story of innovation, creativity, technology and collaboration, things that   Nokia wants its consumers to embrace.