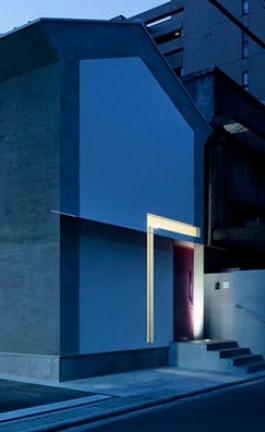 When design meets adventure and when an international shoe company like CAMPER  embarks on its first Volvo Ocean Race, formerly known as the Whitbread Round the World Race, the most prestigious yacht race in the world, the result can't be anything but eye-watering.

Three days ago, Yatzer saw the CAMPER yacht sailing in the Thames' waters up close. The event itself was a first both in London and Europe where it was showcased at the exclusive event at the Design Museum. The anticipation of the guests, invited to watch the yacht's sails designed by renowned British graphic designer Mark Farrow, escalated minutes before the triumphant arrival of the yacht. In spite of the unwelcoming London weather a cheerful crowd of people wearing T-shirts with the CAMPER logo, gathered along the edge of the river waving the CAMPER colours. Just after five o'clock, CAMPER along with the Emirates Team New Zealand sailed into the dark waters of the River Thames and impressed the crowd; surpassing their expectations.

In this short film, Mark Farrow shares his design thoughts and inspiration explaining in detail the creative journey from the drawing board, where the sails and hull were conceived, to reality. The drawing references dazzle painting, a method used during WWI to camouflage battle ships. Farrow managed to combine the CAMPER logo bridge taking into account recourses only found through the study of history.

Farrow's CAMPER is the first Volvo Open 70' ocean going yacht that has been launched for the 2011/12 Volvo Ocean Race.  Its journey will start in November 2011 in Alicante, covering over 39,000 miles around the world’s most gruelling oceans and conditions in nine months. It will visit Cape Town, Abu Dhabi, Sanya (China), Auckland, Itajaí (Brazil), Miami, Lisbon and Lorient (France) reaching its final destination Galway in July 2012.