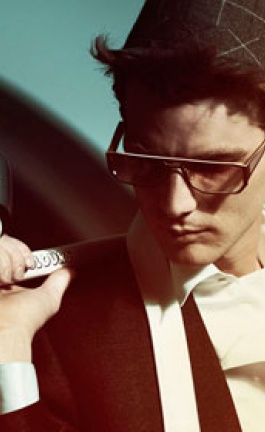 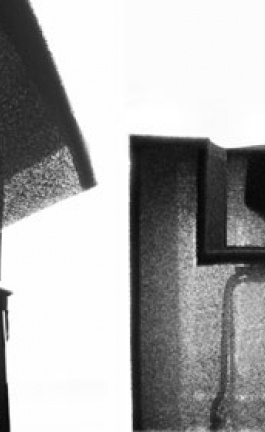 Remember Rabbit last year in the Salon de l’Abondance, Balloon Dog in the Salon d’Hercule, Split-Rocker in the Orangerie flowerbeds… Extravagant American Jeff Koons caused controversy by taking over the Château de Versailles to display his multicoloured works. Each year the Versailles estate will now host an event presenting a famous international artist in its grounds. This year it is the turn of French artist Xavier Veilhan to exhibit his work.

How might one comprehend an ensemble of architecture and landscape as symbolic as Versailles? Xavier Veilhan has done just that with an exhibition-piece open to all and situated principally within the ambulatory spaces of the palace and its gardens. Because, as any good artist attached to systems of representations’ concepts and processes, Veilhan has taken this opportunity to showcase a new piece placed within the perfect setting that is Louis XIV’s, a fluid and dynamic trajectory focused on the relationships between scale, equilibrium and observation points. These chapters, telling the story of a single solitary work, follow each other in the course of a scripted walkthrough, nourished by the genius of the surrounding environment and the great geniuses that inhabit the artist’s memory.

Xavier Veilhan was born in Lyon in 1963. He lives and works in Paris. Xavier Veilhan works in a variety of media such as photography, sculpture, film, painting and installation art. The exhibition Veilhan at the Versailles Palace runs until December 13, 2009.

Watch the exclusive interview of Xavier Veilhan by Christoph Ecoffet for vernissage.tv below:

The Large Cariage
Insolently violet, The Large Carriage is displayed in the court of honor. Here, its familiar form is deformed by a shock wave, a genuine, dazzling trajectory placed on those very cobblestones. In an acceleration, this strange horse-drawn carriage plays on references to photographical analyses of movement done at the end of the 19th century by Marey and Muybridge. As the grand siècle (17th century) rubs shoulders with modernity, the gallop metamorphosizes into a colored and optical force. Commissioned work by the Centre National des Arts Plastiques (Ministère de la Culture et de la Communication)

Because the famous personalities that have traversed these venerable alleys and perspectives, Xavier Veilhan wanted to add his own personal touch, his pantheon of great architects, of whom Claude Parent would be the patriarch. This list of names mixes with that of great universal references, weaving the relationship between the subjective and the generic that the artist loves so much. A fulllength, classical-style portrait is thus made of each great architect, using an extremely sophisticated digital scanning technique. But the monochromatic treatment gives this open-air portrait gallery a ghostly and enigmatic allure. Perched very high on barely outlined pedestals that function like frames in the landscape, this community of master-builders offers a new dynamic axiality to the gardens’ main artery, naturally leading to the king’s perspective.

A year ago, when Laurent Le Bon and Jean-Jacques Aillagon invited
me to follow in Jeff Koons’ footsteps, I had no idea just how much
space in my life Versailles was going to take up: the exhibition is a
wonderful opportunity to present my work on a big scale, both in
terms of size and the public involved.
There’s a need here to measure up with the desires that were given
shape by our ancestors, to show how our own desires can both
protract and complement them, not innocently, but with the freshness
of ambition. Mainly running along an east-west axis outside
the Château itself, my proposal features a series of works specially
produced for this occasion that create a contemporary dotted line
which splits in two the masterly garden lay-out of Le Nôtre.
Art is a visual device which we have to look through in order to
understand our past, our present and our future. /// Xavier Veilhan, May 2009

The Naked Woman
Borrowing this great classic from Art History, here Xavier Veilhan gives us a version of the feminine nude with sparkling metal curves. By playing with rupture of scales – that of the servant within the court’s superhuman framework, of the statue’s oversized pedestal – the artist explores his hobby horses. Does a monument necessarily need to be monumental? Here, like a new standardmeter, the female figure regulates the court’s balance. Its pathetic size in comparison to the architectural ensemble’s affirmation of power acts to normalize; the woman, in her ingenious nudity, regulates the universe of Versailles. While remaining immutable and commanding, she also becomes modern, contemporary and delicate.

Xavier Veilhan is presented by the following galleries: