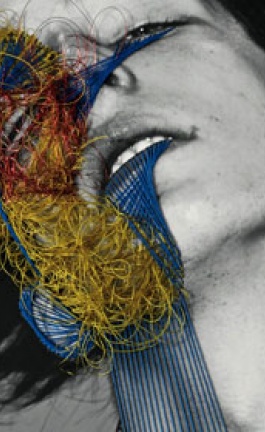 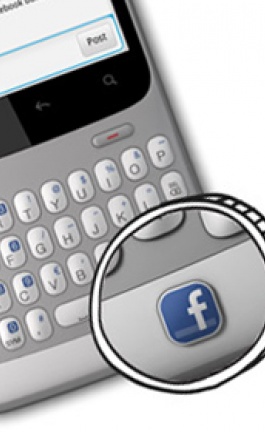 It is amazing the way Zimoun, a young artist from Switzerland, uses sound in order to create magic. In his installations sound is used as an architectural element, it defines space and it makes the spectator be a part of a totally unique experience. Zimoun is a big sound lover, passionate about exploring its possibilities. In this quest he uses simple elements (cardboard boxes, cotton balls, plastic bags, filler wire, motors and ventilators) that when combined in the correct way they form an original orchestra of sounds. These sounds all at once define space, interacting with it as well as with the spectator. The final result is a bunch of kinetic installations that form their proper universe and almost seem alive!

Zimoun was born in Bern, Switzerland, and since a small kid he felt a unique love for sound. This passion was constantly growing inside him and led him become a sound explorer. Zimoun is an autodidact artist turned to a sound architect, in the sense that his creations, as he says, can be explored like buildings. His love for simplicity make his works stay focused to what really matters, avoiding the easy path to surprise his audience with cheap tricks. Zimoun’s installations, with their minimal aesthetics and elegance, have earned him international acclaim and for the next year he will show his work in several exhibitions in the U.S.A, Germany, France, Poland, China and Switzerland.

A side project of Zimoun’s is Leerraum [ ] which he founded in 2003 with the collaboration of graphic designer Marc Beekhuis. Leerraum [ ] is publishing small editions of cds, dvds and objects, and is also presenting sound installations, exhibitions and events in collaboration with its artists. As they say, it has become a platform for creative exchange among those who explore forms and structures based on reductive principles and careful, yet radical, use of materials. We had the honor to meet Zimoun and interview him exclusively for Yatzer. Find out all the secrets of his particular universe that really sounds great!

More than an accompanying element, sound is the key factor of your installations. Which was the first time you felt your fascination for it and the need to explore its possibilities?
Probably the earliest very clear memory about sound I have was this furnace room at my grandparents’ place. An old oil heater, a big machine which had its own personality somehow. I was passing by this room very often when playing outside. Apart from this huge machine as an object, it was also very exciting in there related to the sound and smell. The heater was working and making an intense drone – deep, dark and very, very physical. A massive sound - the whole space was vibrating. After a phase, the heater turned off and the hot machine slowly cooled down. In doing so it produced many tiny clicking sounds (since the materials were changing temperature) which reflected off all around the walls in this small room – it was super beautiful and a fantastic contrast to the strong drone produced during the heating process.  For me different interests are coming together in my work somehow and sound is one of them for sure. There's also an interest in simplicity in general, in reductive methods and systems. In aesthetics, materials and its properties. In an activation, creation or transformation of space and architecture.  And in somehow "living" behaviors, like those moments when the old heater I spoke about got a personality, when it turned into a "somebody". Yeah really, when it turned into a fat, massive somebody! (laughing) .

How did you come up with the idea to use it as an architectural element of your compositions?
I'm interested in sound as an architectonical element. In sound to create space, but also in sound which somehow is inhabiting a room and interacting with it. In three-dimensional sound structures as well as in a spatial experience and exploration of sound. Sound to create somehow static sound architectures that can be entered and explored acoustically. Similar like walking around in a building.

Despite the fact that sound is such an important element for your work, the amazing thing is that most of your creations have such a visual power that I would dare say that they function perfectly even without motion! Do you construct your installations inspired by a certain sonar element or do you experiment with materials in order to see the kind of sounds they make?
Often it’s a mix out of different things. It can start with a specific space that I am invited to present in, thinking about the possibilities of how to work with the space, how to use it either as a body for a new creation or as an element of it. What kind of piece could make sense in relation to that particular situation. Next to the concrete situations there are often small ideas waiting in the pipeline somewhere. For example, working with a specific material or a specific kind of prepared motor, or a physical movement, behavior or sound. Or ideas of how a space could be activated. Somehow many ideas often buzz around at the same time, from this I start to pick out small, single elements that seem to be interesting in relation to the specific situation. I begin making experiments and prototypes... Through the process of physical tests, things become more concrete and comprehensible; I start to see what could work and where the problems are hidden. Often each little step is somehow vital in order to build the next one and to optimize performance, to work out idea and materials, along the way. Through prototyping sometimes totally unexpected results show up and can influence the whole process as well.

In my opinion, you have a very personal way to create poetry through repetition, to surprise through an imaginative use of simple elements and trap people with an extraordinary use of space and sound. What are the common reactions of the people when they experience your work?
I keep my works very reduced, abstract and raw. That way they function more like a code behind things, rather than just creating one connection to one thing. In this way, the works can activate the visitors and allow them to make their own connections, associations and discoveries on different, individual levels. For that reason, I also keep the titles very abstract, only describing the used materials. I create those works based on many different interests coming together and I see them in many different ways myself too. Subjectivity is the base of how we see, understand and don‘t understand the world we are living in. While exploring my works, the viewer starts to play an important and creative part as well somehow.  Great thoughts about a piece show an activity of an interesting person. So the reactions, in general, are very individual.

I understand that many of your works are results of deep technological know how. Can you give us some details about the whole making process hidden behind them? Which are the greater difficulties you have to cope with?
Well, the technologies and systems I use and build are very simple. I'm interested in a beauty of simplicity. In simple systems which allow and support complex behaviors in sound and motion. In very simple artificial systems, which somehow develop and unfold an organic behavior, almost like something living. It's more a playful use of mechanics to explore this kind of things than a technological one. I also don't really have a deeper technological know how myself. Of course I understand a few technical things, but if I need a more complicated technical development to realize a piece I involve other people to work with. For example, I have collaborated with Jason Cook or Daniel Imboden to do so.

Would you say you are a sound collector? Do you go around currying a recorder with you? Which is your favorite sonar experience ever?
I‘m collecting and archiving sounds, yes. Sounds based from experiments, tests and prototypes created in my studio, sounds from realized pieces as well as «found» sounds. Recording physical generated sounds also allows me to explore them on a more microscopic level, which interests me a lot too. It‘s one part of my work based on sounds of materials. My favorite sonar experience is definitely being able to hear (and to listen) in general.

Tell us something about your Leerraum [ ] project. I must say that I find very inspiring the whole concept behind it, especially the idea that you can actually buy limited edition sound installations for your space!
Leerraum [ ] serves as a label and networking hub of artists working in somehow similar fields. It has become a platform for creative exchange among people who explore forms and structures based on reductive principles and careful, yet radical, use of materials. I founded Leerraum [ ] in 2003 together with the graphic designer Marc Beekhuis. In Leerraum [ ] different interests are coming together. On the one hand, the project tries to build up a network of people working in related fields, with related concepts, with similar attitudes. For example, there can be an interesting common ground for an architect, a musician and an installation artist. But also different points of view and different methods of seeking solutions. So, the desire is to create a pool to exchange visions, knowledge, information and ideas in general. On the other hand, it’s also about a curated platform and archive (physical and digital) for small objects, releases and ideas. For example, as you already mentioned, multi channel sound installations on DVD.

What are your future plans? What is left for you to explore?
The next exhibitions this fall will take place at :
>> the Kunsthalle Palazzo in Liestal, Switzerland (August-September)
>> KammerMachen in Chemnitz, Germany (September-October)
>> the James Gallery in New York (September-October)
>> and a bigger solo exhibition at the Ringling Museum of Art in Sarasota, Florida (October-January).
And regarding your question what‘s left to explore... I still feel like I just entered a huge, fascinating universe a few hours ago...